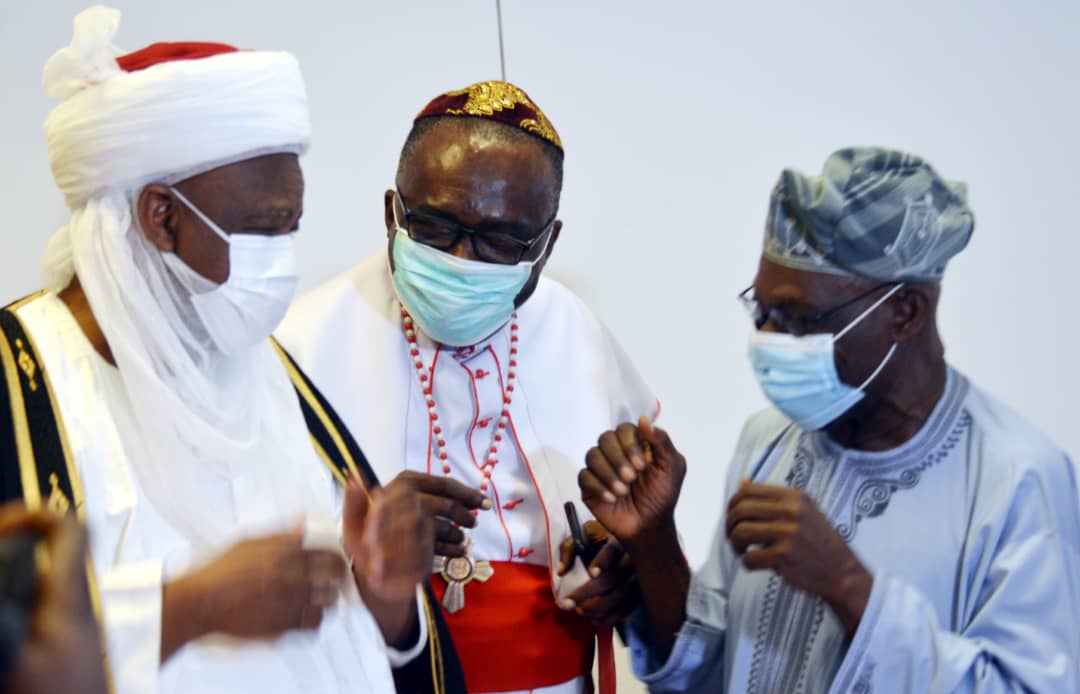 Stakeholders have challenged christian, Muslim and traditional religion leaders to step up the responsibility of contributing to the collective reengineering and moral rearmament urgently needed to salvage the nation, in fulfilling their roles as religious leaders and pulpit managers.

This was part of the consensus reached according to a communique issued after an inclusive, open dialogue recently in Abuja through the collaboration of Vision Africa (VA) and the Global Peace Foundation (GPF); which was facilitated by the President of Vision Africa, Bishop Sunday Onuoha.

According to the communique, the security retreat was meant to bridge the gap across ideological, political, ethnic, religious and cultural divides, which will help in understanding the conflict dynamics in Nigeria, as stakeholders all look ahead to charting a path to peace and integral security in Nigeria.

The communique reads in part, “The simple objective of the retreat was to honestly and transparently come to the dialogue table or ‘conversation room’, irrespective of our political leanings or ideologies – focusing first, on our common humanity.
“The purpose of the retreat was to bring stakeholders together to address critical issues and seek lasting solutions to the grave challenges facing Nigeria, beginning from an affirmation of transcendent truths that define our
common humanity.

“As Nigeria, and indeed Nigerians, face an existential challenge, we circulated invitations to an intentional pool of key influencers, political leaders, regional leaders and leaders of separatist/agitating/self-determination groups; and high-level religious and civil society leaders.
“The aim is to address the conditions that foster unrest and radicalism globally. Such conditions as poverty, unemployment, social dislocation, cultural polarization, and a large demographic of disaffected and alienated Nigerian youths.”

This expanded meeting is sequel to an earlier “Inclusive Security Dialogue Retreat” held at the Airlie Conference Center in Warrenton, VA outside Washington DC between the 18th and 20th October 2021, to select Nigerian key influencers, adopting the Chatham House rules in moderating the dialogue.

Later there were consultations at the Capitol Hill with some members of the US Congress, with expected outcomes from the meeting which include: “an increased understanding of the root causes of conflict and violence affecting the country.
This they said will also increased positive relationship between the Nigerian government and various agitating groups across the country, and a refocus on the importance of universal principles and shared values as the glue for social cohesion and sustainable peace.

As a result of the dialogue meeting, the individual discussants contributed to the communique, highlighting the following thematic focal points:

“High prevalence of insecurity in Nigeria is driven largely by social Injustice and a failed economy; hence fueling continued agitation by the country’s young alienated generation.

“Hunger and starvation in the Land will get worse as continued violence and insecurity makes our farms unsafe for families whose basic sustenance is dependent on their yields from the farms. o Neglect of oil exploration communities and minorities will only deepen the threat to our security and unity.

“Underdevelopment and isolation cannot remain the strategy else they will be uncomfortable to remain with the concept of Nigeria.

“The role of religious leaders and pulpit managers (traditional, Christian, Islam) in our moral rearmament and collective reengineering is urgently needed to salvage our nation.

“National Development without a focus on Youths and the education sector, and an intentional intergenerational collaboration between the elite and the youths, may not augur well for our security.
“Neither will the organized movement of street children and the disabled from one part of the National Reconciliation Conference, that allows the principles of fairness, equity and justice; country to another. We postpone doomsday if it is ignored.

“The 1999 Constitution is Oligo-military in nature and does not represent our collective interests; it needs to be re-negotiated by national ethics. A constitutional review process, enabling peace and social cohesion is necessary. Government shall therefore provide an environment where a new Constitution from the representatives of the people by the people and for the people would emerge.

The consensus as expressed in the communique, agreed upon by the individual discussants states as follows: “We emphatically call for the cessation of incitement, misrepresentation and distortion of the image of the other and of the neighbor. Instead, we must draw upon our religious traditions, and our understanding of what is best for our people

“Government must act sincerely as an unbiased arbiter to address insecurity headlong as the high prevalence of violent crisis, kidnapping, and fatal attacks in Nigeria are driven largely by social Injustice and a failed economy.

“The Church, the Mosque, and traditional worshippers must as a matter of morality, step up to the responsibility of contributing to the collective reengineering and moral rearmament urgently needed to salvage our nation, in fulfilling their roles as religious leaders and pulpit managers.

“Government, as a matter of urgency must convene a national reconciliatory conference where we can all address the underlying issues of our challenges and hateful statements/agenda that successive governments have ignored to address; this convening should be organized in order to quell the mistrust-fueled agitations and crisis before the entity called Nigeria collapses.

“The 1999 Constitution does not embody the principles of justice, fairness and equality, on which every democracy is founded.
“Thus, it does not fully protect the rights and interests of Nigeria’s diverse constituencies.
“We call on the Government to begin a process of constitutional review, amend and rework the constitution, drawing on our previous constitutions, amongst other things, to synchronize/harmonize the laudable principles they embody. This will ensure, not one-off solutions, but lasting change.

“Government at all levels must revisit and show sincere effort at understanding the core issues of dissidence and self-determination in Nigeria, rather than incarceration, bullets and counter-attacks as government response to agitations and unrest.”