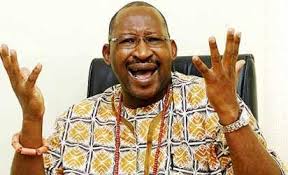 A chieftain of the All Progressives Congress and former Member, House of Representatives, Hon. Patrick Obahiagbon, has advised President Muhammadu Buhari and the party’s Caretaker Extraordinary Convention Planning Committee, to propound a pathway to the party ahead of the 2023 general election.

Hon Obahiagbon, gave the charge Monday in Abuja, in a letter of commendation to the Chairman Caretaker committee and Yobe state Governor, Hon. Mai Mala Buni.

The former legislator further advised that personal and selfish interests must not override the interest of the party.

“The party interest is more paramount than parochial and self centered agitations from a microscopic few” he said.

He said “the facts are indubitably too plain to be contested Your Excellency, that our great party was largely fractious and tottering at its perilous precipice and brinks, when both destiny and history beckoned on you to provide durable leadership for us all.

“It’s the considered opinion of the majority of our party members that Your Excellency has not just only steered the party away from avoidable cataracts and icebergs but that you have also enviably returned our party to its winning ways and glorious path” he said.

The legislator said the inspiring leadership style and consultative approach of the Chairman in addition to the “coruscating humility, visceral connectivity with the rank and file of the party and disciplined inter personal skills has commended itself to all and sundry.”