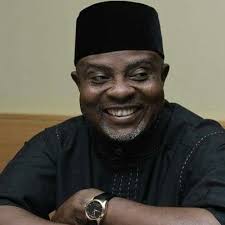 The pioneer Director-General of the Peoples Democratic Party Governors Forum (PDPFG) and National Cordinator of Saraki’ 2023, Earl Osaro Onaiwu, has asked the Minister of Labour, Dr. Chris Ngige, to focus on his party, the All Progressives Congress (APC) rather than decide where the PDP zones its presidential ticket to.
Ngige over the weekend had urged the main opposition party to zone its presidential ticket to the South East or be ready to lose again in 2023.
In a statement on Monday in Abuja, Osaro said Ngige must have lost faith with the APC, hence his unsolicited advice.
“If Sen. Chris Ngige has lost faith with his party and he has fallen out with his party and he needs a space back in PDP, he should speak up than to be advising PDP when he is not a member of the party (PDP), on what direction to head in 2023,” Osaro said.
“Let me quickly remind Senator Chris Ngige that of the widely talked-about 16-years of PDP, the North did only two years and some months, which was when late President Musa Yaradua was President between mid-2007 and early 2010. The rest of the 16 years of PDP in power was done by the South. Hence, it is just and fair, for equity and justice sake; that the PDP rather zones its 2023 presidential ticket to the North.
“Howbeit, need I tell Senator Chris Ngige who I know is politically frustrated now and his party, APC that is politically frustrating him out of place, that they have no moral standing to comment directly or indirectly on how PDP’s 2023 presidential candidate will emerge. It is also pertinent that Sen. Ngige deploys all his energy to help his failed party, the APC, to curb and rid the south east of the many insecurity challenges it is facing occasioned by the obvious gap in governance by the APC. Minister Ngige should also consider taking up the role of a special adviser to the APC on how to rid Nigeria of the bandits ravaging the north central and terrorists in the North east region of the country,” the PDP chieftain further added.
According to him, “Nigeria needs a well rounded competent leader, who has excelled in all aspects of life; someone with the political will to heal Nigeria, a unifier who will mend and unify our nation and not a sectional president like what the APC government is currently dishing out now,” Onaiwu noted.