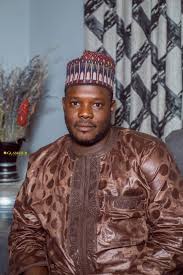 Efforts of the National Youth and Civil Society Coalition for Development (NYCSD), a non governmental organization in collaboration with the Jigawa state Government to increase the percentage success in NECO and WAEC examination has started yielding positive outcomes.

The National president of the coalition (NYCSD), Comrade Aminu Aminu gave the indication while delivering his speech at a one day public lecture on drug abuse and immorality in tertiary institutions organized by the NYCSD, NTA and NITDA at the 3 Star hotel in Dutse, Jigawa State.

The National president explained that his organization collaborated with the ministry of education in the state to give an intensive training to 500 Senior Secondary School’s English and Mathematics teachers to improve their capacity in teaching.

This he said has succeeded in increasing the percentage of students of the state that passed the NECO and WAEC examination from 21% to 62%.

Comrade Aminu Aminu added that “This is part of our contribution for the younger generation to obtain quality education in order to have productive future generation.”

Commenting on the menace of drug abuse among students in tertiary institutions he said the situation is alarming.
He challenged all stakeholders to join hands in the fight against the menace with out further delay.

Comrade Aminu therefore called on government and private organizations to support the continuous campaign against drug abuse in tertiary institutions.

The Director General, Federal Radio Corporation of Nigeria, (FRCN), Dr. Mansur Liman represented by the zonal director, kaduna National Station, Mallam Buhari Auwalu noted that the fight against drug abuse was a collective responsibility of institutions in the society.

He appealed to parents, religious bodies, the traditional institution and government at all levels to work towards reversing the recent statistics on prevalence of drug abuse released by the national drug law enforcement agency, (NDLEA).

The DG said the youths who are the leaders of tomorrow should be given proper orientation to avoid drug and substance abuse which could jeopardize their future.

Dr Liman commended the organisers of the lecture for efforts in sensitizing stakeholders on various roles in fighting drug abuse that become more prevalent among youths in recent years.

In a remark, the Director General, National Information Technology Development Agency, (NITDA), Dr Kashifu Inuwa represented by the Director Cyber Security, Dr Lawan Ahmed, stressed the need for parents to be alive to their responsibility of proper child upbringing, as drug abuse and moral decadence among youths mostly starts from home.

While highlighting the health hazards of drug abuse, Dr. Kashifu called for more efforts by relevant agencies to rescue the youths from drug abuse and its many ills.

Meanwhile, the Director General of the NDLEA, Brigadier General (Rtd) Buba Marwa, represented by the Assistant state Commander Drugs Demand Reduction, Abubakar Alhaji urged the government at all levels to find alternative business ventures for the repentant drug peddlers to reduce crime in the society.

The lecture was attended by students of tertiary institutions across the Northwest zone of the country.