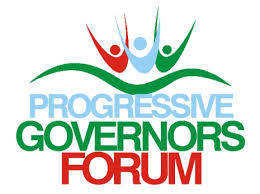 Ahead of the national convention of the ruling All Progressives Congress (APC), Director General of the Progressive Governors Forum (PGF) Salihu Moh Lukman, has set agenda for the party’s leadership, challenging it to refocus national debates towards strengthening the initiatives of President Buhari led government to produce the desired outcome of securing the country.

The APC’s national convention is slated for February 2022.

In a statement the PGF boss released Sunday in Abuja, titled; ‘Issues for Successful APC National Convention’, Lukman said APC must initiate the rebirth of public education and public health in the country through similar massive investment to build new schools and hospitals, rehabilitate old ones, mass recruitment of teachers and provision of teaching materials.

According to the APC chieftain, the ruling party leaders must focus the planning for its February National Convention towards mobilising the support of Nigerians to contribute in every way necessary, including making personal sacrifices to create the New Nigeria every citizen desire.

“As a party, APC need to do everything necessary to refocus national debates towards strengthening the initiatives of President Buhari led government to produce the desired outcome of securing the country. Strengthening the capacity of APC led Federal Government to produce the desired outcome, in the short run, is about massive recruitment of police and military personnel in the country, in addition to the investment that has been made towards procurement of arms, including the A-29 Tucano jets.

“In the long run, it is about providing good conditions of services and sustainable funding framework for the operation of police and security services in the country.

“Recommendations that emerge from the Convention should guide the process of reviewing the APC’s manifesto. Unlike other parties, including the PDP, APC must continue to set the needed political agenda to drive the process of mobilising Nigerians for change.

“As a party envisioned to be social democratic, in addition to the challenge of insecurity facing the country, the issue of massive mobilisation of financial investment towards the development of education and health sectors in Nigeria must also be debated at the Convention. Having demonstrated political commitment towards infrastructural development in the country, which has led to the revival of rail transportation and reconstruction of road networks in the country.

“These are not issues that can be achieved based on the current budgeting structure in the country at all levels.

“The New Nigeria citizens desire will be a product of collective responsibility, shared values and sacrifices and therefore guaranteed security and abundant wealth. Success or failure will be practically about how much sacrifices APC leaders are able to convince Nigerians to make.”

Lukman said once the debate at APC convention in February is limited to who emerge as leaders of the party without addressing the fundamental issues, the ability of APC to mobilise Nigerians to build a New Nigeria would have been sacrificed.

“APC leaders have since 2013 demonstrated capacity to mobilise Nigerians based on clear political agreements. The February 2022 National Convention shouldn’t be an exception.”

While commending the Buhari-led administration for the successes recorded in the fight against terrorism, Lukman said: “Unlike the PDP administration, under the APC led government of President Muhammadu Buhari, the biggest investments in weaponry and equipment are being undertaken. Hundreds of new platforms are being acquired for the Army, Air Force and Navy.

“The Nigeria Air Force has received 23 new aircraft since 2015, including the newly acquired A-29 Tucano jets. The Navy has similarly acquired its first new Landing Ship Tank (LST) since 1979. The Administration has also launched a Nigeria Police Trust Fund. Sadly, public discussion in the country is taking place as if nothing is being done. Opposition politicians and critics of government have even argued that these are wrong investments. Some have argued that rather than invest in acquiring arms, including the A-29 Tucano jets, government should have recruited more military personnel.

“There is no doubt that Nigeria needs more military personnel, just like the country needs more police personnel. Some security experts have suggested that to end the war against Boko Haram insurgency in the North-East, there is the need to deploy not less than 200,000 ground troupes. Now, there is less than 50,000 ground troupes in the whole of the North-East, which is partly responsible for the inability to hold on to liberated territories after defeating Boko Haram insurgents.

“Without doubt, government has succeeded in strengthening the capacity of Nigerian security personnel across all services to be able to respond to national security challenges in all parts of the country. The fact that Nigeria is still faced with the current security challenge arising from activities of terrorists and insurgents, require deeper introspection from citizens.”