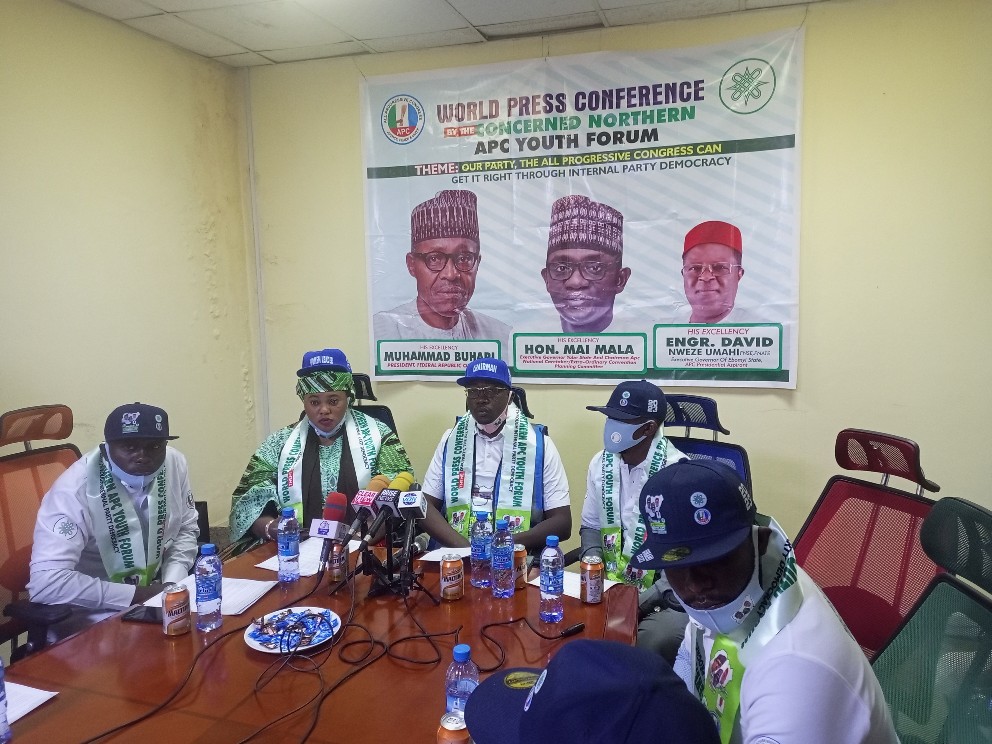 All Progressives Congress (APC) youths in the North have called for equity and fair play in the Nigerian Project by allowing the South Eastern part of Nigeria to produce the next president.

The group also said it is expedient to zero it down to a very competent Nigerian from the region as they threw their weights behind the presidential ambition of Ebonyi State Governor, David Umahi.

Umahi had in January declared his intention to contest for president in 2023 on the platform of the All Progressives Congress (APC).

The youth, under the aegis of Concerned Northern APC Youth Forum, said after their consultation tour of the 19 northern states, they concluded that the party should zone its presidential seat to the South East.

The chairman of the forum, Suleiman Liba, while addressing newsmen on Tuesday in Abuja, said justice, fair and equity must come to play in electing the country’s next president.

He said Umahi remains the best candidate to succeed President Muhammadu Buhari due to his record of achievements in Ebonyi State.

“In Engr. David Umahi, we have found a worthy successor to President Muhammadu Buhari come 2023. The man’s antecedents of excellence speak volume and his achievements in Ebonyi State are there for everyone to see.

“We urge other bodies across the entire country to join in the support for David Umahi’s presidential bid as this is surest way for Nigeria to go,” he added.