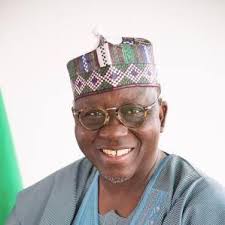 Coalition of youth groups under the leadership of National Youth Council of Nigeria(NYCN), Nasarawa chapter has expressed its full support for the All progressive Congress, (APC) national chairmanship ambition of senator Tanko Alnakura.

The group also denied that they are not aware senator Abdullahi Adamu is contesting same position of the national chairmanship.

The state chairman of the NYCN, Nasarawa chapter, comrade Jaafar Loko spoke at a press conference on Monday in Lafia, the state capital.

Jaafar noted that though the NYCN is not a political group but it has decided to throw its weight behind senator Almakura because he is a youth friendly leader.

The group said that senator Almakura’s track record of competence in the management of the party in the state coupled with his commitment towards ensuring the most peaceful party congress while serving as governor marks him out.

Furthermore, the group alleged that going by the two defunct political party blocks that formed the APC, the All Nigerian Peoples Party (ANPP) have held the national chairmanship of the APC with John Oyegun and Adams Oshiomole respectively.

“The defunct Congress for Progressive Change, CPC block which Almakura represents at the national level, has never tasted the national leadership of the APC like the defunct ANPP had, the group pointed out.

The group appealed to youth groups across the country to prevail on APC leadership in the states to consider and vote Senator Almakura in the forthcoming APC convention.

The group however affirmed that senator Abdullahi Adamu’s APC chairmanship ambition has never been made known to them neither are they aware of whether he is also running for the same position of the national chairmanship.

The group commended president Muhammadu Buhari for delivering the dividends of democracy to the state as it urged youths across the state to come out enmass to welcome the president who is scheduled to visit and commission some projects in the state this week.