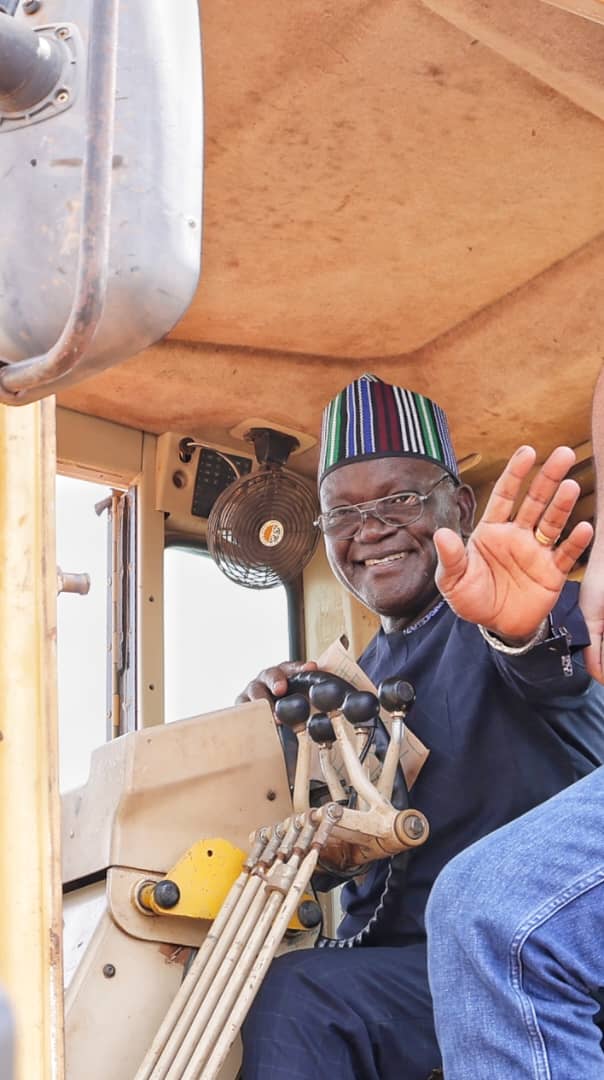 Governor Samuel Ortom of Venue State has flagged-off the construction of the 55Km Makurdi-Yogbo-Udei-Udei Branch road.

At the flag off ceremony Thursday in Makurdi, Ortom acknowledged the socio-economic benefits of the road to the people of Makurdi and Guma Local Government Areas.

According to him, the road construction is another fulfilment of government social contract with the electorate to bring a new lease of life to more Benue people particularly rural dwellers.

The Governor acknowledged the quality of job executed by the construction company handling the project, Triacta Nigeria Limited as he urged them to maintain the tempo by executing the project in line with global best standards and specifications.

He appealed to villages and communities through which the road passes to cooperate fully with the contractor adding that they should own the project by protecting both equipments and personnel engaged.
Ortom explained that the ongoing construction of the 55 Ikyov-Utange-Mbagwaza-Mbagba-Lessel and the 41Km Abuku-Jingir-Tyogbenda-Wombo-Ugah-Iortsor roads and the just completed Wannune-Ikpa-Igbor road are manifestations of government commitment in opening up rural roads to enhance socio-economic activities.
Commissioner for Works and Transport, Engineer Jude Uungwa said the road which is to be constructed to first coat surface dressing links Mbagwen and Nyiev communities of Ihyarev extraction in Makurdi and Guma Local Government Areas.

The construction of the 55Km road, which costs N5.1 billion is to be executed within 24 months and the contractor had been fully mobilised to commence work as was evidenced in the progress of work done so far.

The contractors, Triacta Nigeria Limited while speaking through Engineer Georges Doumit said the job will be executed speedily and qualitative as well with the support of the Governor and security agencies.

He stated that prior to the award of the contract, the road was impassable in 2019 with burnt bridges, pointing out that it was terrible to go from end to end as it took them over six hours to traverse through in assessing the road before the contract was awarded.