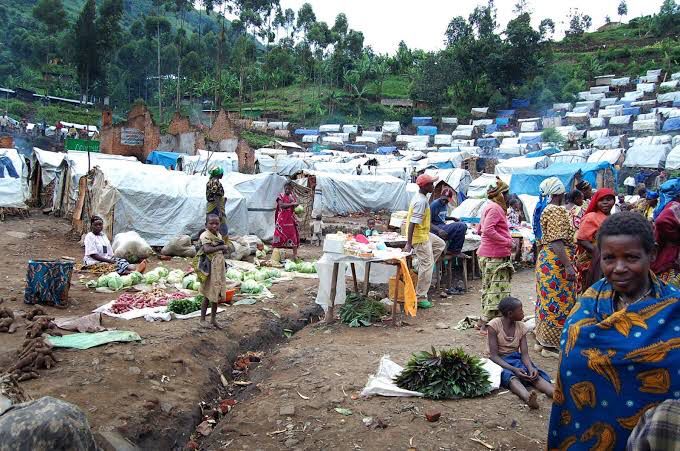 The Minister of Humanitarian Affairs, Disaster Management and Social Development Sadiya Umar Farouq has directed the immediate delivery of food and non-food items to victims of the Muna El-Badawy Internally Displaced Persons Camp in Maiduguri.

This was coming against the background of a fire incident on Saturday which razed over 3000 shelters in the camp.
A statement by her special adviser on media, Nneka Ikem Anibeze quoted the minister to have expressed sadness at the incident which rendered over 3000 households homeless.

“On behalf of the Ministry of Humanitarian Affairs, Disaster Management and Social Development, I sympathize with the government and people of Borno state over the fire incident which killed some people and destroyed shelters.

“This disaster has rendered many more people without shelter even as government intensifies efforts to re-settle Internally Displaced Persons.

“The spate of fire incidents in IDP camps have become recurrent and the ministry is putting up measures to educate the IDPs on ways of preventing such fire disasters”.
The Statement indicated that the fire which reportedly started from a tent engulfed 3,000 others due to the absence of fire fighting facilities.

The National Emergency Management Agency NEMA and the SEMA have already begun an on-the-field assessment of the damage.
The Minister has since directed that the affected IDPs be provided with food, water and grains as well as non food items like clothing, blankets , mosquito nets and other items to temporarily cushion the hardship in the camp as a result of the fire incident.