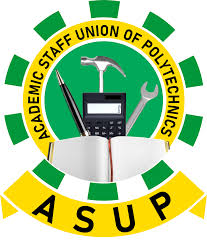 THE Academic Staff Union of Polytechnics (ASUP) has condemned the current fuel scarcity, describing it as a sad commentary for an oil producing country.

This was contained in a communique issued at the end of the first quarter 2022 Zonal (Zone A) Executive Council (ZEC) meeting of the union
The communique was signed and made available to newsmen in Dutse Jigawa state, by the zonal publicity secretary, Comrade Basiru Yusuf.
The communique reads, “The hike in prices of petroleum products and the unfortunate influx of “off-spec” petroleum products have crippled the social and economic activities of the people in this country”

According to the communique, the level of inflation, worsened by incessant increases in the prices of
electricity and commodities are of a great concern to the association.

ASUP in the communique decried the threats of insecurity sweeping through the country as indeed being worrisome particularly as it related to the wanton disregard for lives and properties by criminals in the form of rural banditry and kidnapping, armed robbery, communal/religious clashes, secessionist agitations, etc.

It therefore called for deployment of new and improved coordinated efforts to curtail them, “We are hereby calling upon the government at all levels to urgently take decisive action to address all security challenges in Nigeria because what obtains today directly affects academic activities especially in Northern Nigeria where some schools and colleges are closed”.

The association expressed worry that the federal government has not fulfilled its part of the agreement entered with ASUP for the suspension of the last strike action of the union. “It is believed that there is need for urgent release of N15 billion revitalization fund as well as minimum wage arrears to the affected members of the sector in order to lay this issue to rest permanently”.

“The continued non-remittance of National Housing Fund, Pensions fund and other third party
deductions by IPPIS to many federal institutions has attracted the attention of the ZEC.

“This is a
testimony of the widespread accusation against the IPPIS. The ZEC therefore uses this medium to call the attention of relevant Ministries and Agencies to swiftly ensure that all such remittances are made”, the communique stated.

It added that finding has revealed that there is an ongoing undue interference by external forces in the
appointment of the Rector in Kaduna Polytechnic without recourse to the polytechnic Act 2019 (as amended)
They asked for the
strict adherence to the provision of the law in the selection process as they cautioned against such meddling in the spirit of fairness.

The communique also frowned at the recent reversal of the 65 years’ retirement age for polytechnic staff by Kano
State Government, while its earlier pronouncement was loudly applauded across all quarters. “We are calling on the government to maintain its former position considering it is part of the provisions of the Polytechnic Act (as amended 2019).

ZEC called on the Niger State Government to urgently look into the non-remittance of 7
months check-off dues for Niger State Polytechnic Zungeru chapter of the Union to enable it
operate seamlessly.

“ZEC is hopeful that government will facilitate the reopening of schools and students hostels in
various institutions affected by the security situation and make schools across the nation safe and
conducive for learning”.