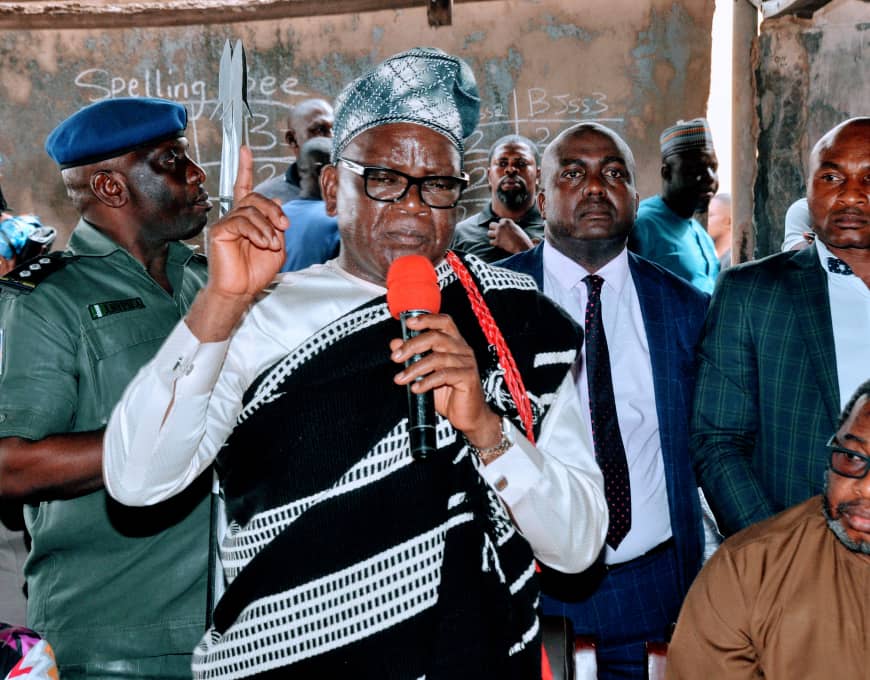 The Governor intimated the stakeholders that he had separately sought and obtained the blessings of his immediate kinsmen of Nzorov, Nongov and Guma, hence the need to do same from MINDA.

In their separate responses, Hon Clement Tse-Tse for Masev, retired Justice Augustine Utsaha for Ihyarev and Hon Charles Torbunde for Nongov, all gave their blessings to the Governor’s aspiration.

They prayed that after the Governor would have served his people at the Senate, he would move on to serve the country in a higher capacity.

Tor Lobi, Chief Moses Anagende gave royal blessings on behalf of the traditional rulers from MINDA after which the Governor was decorated in traditional attire.

Governor Ortom who was filled with joy after the nod from MINDA stakeholders, pledged not to disappoint the confidence reposed in him by the people.