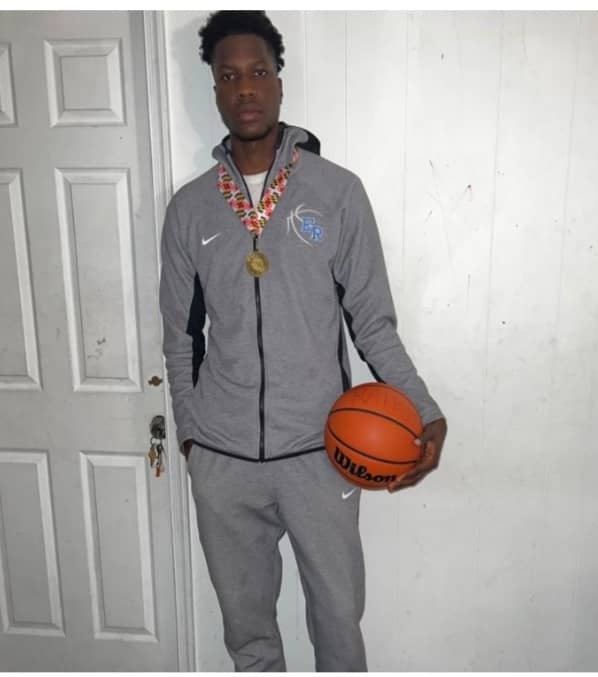 The Senator representing Ogun West Senatorial District in the National Assembly, Sen. Tolu Odebiyi has applauded
Prince Raphael Akinyemi for his leading role in securing victory for his school at the basketball championship for the State of Maryland, United States of America.
The media aide to the senator, Olubunmi Omo’ogun in a statement indicated that Prince Akinyemi is a son of the Eselu of Iselu land in Yewa North Local Government Area of Ogun State, His Royal Majesty, Oba Ebenezer Akintunde Akinyemi, Akaosu 1.
In an official letter to His Royal Majesty, the Eselu of Iselu, the Ogun West Senator said,

“On behalf of my wife Folashade, my Constituents in Ogun West Senatorial District, Ogun State, and other Nigerians, I write to add my felicitation to the words of encouragement you are receiving currently, on your outstanding performance at the basketball championship for the State of Maryland, United States of America”.

“I heartily congratulate you on the victory and commend the tremendous roles you and your colleagues played in securing victory for your school. “You have made your father, the Eselu of Iselu, our community, Iselu, Yewa North Local Government, Ogun State and Nigeria extremely proud for you to be honoured by the United States Parliament with the President in attendance.”

Commending the brilliant young basketball star, the Senator further said, “The magnificent stride you have recorded has clearly distinguished you as an exceptional Nigerian with incredible talent and we celebrate your outstanding achievement”.