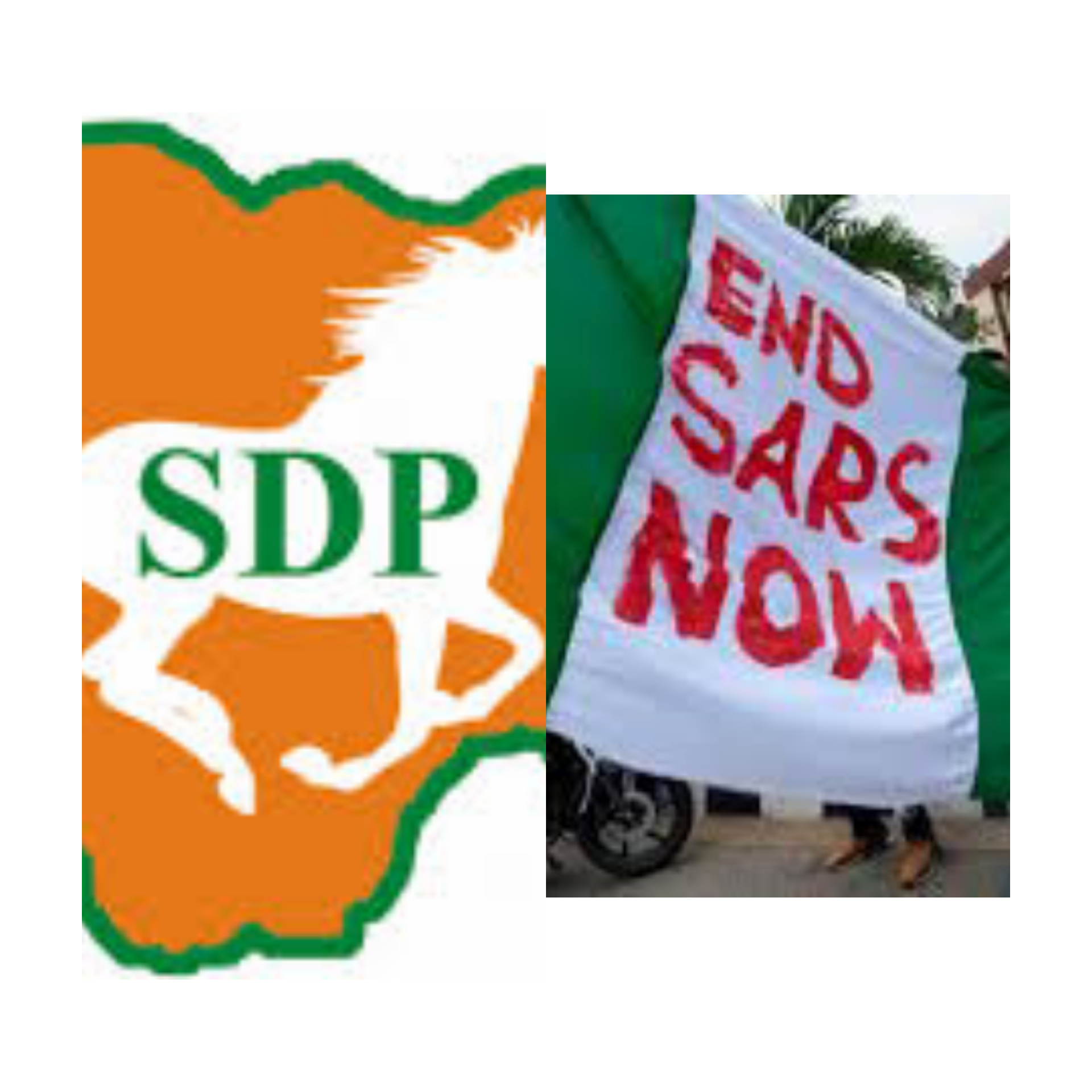 The group, which is a product of the 2020 EndSARS protest against police brutality said that the merger with SDP was expedient because young Nigerians were in need of a platform to reform the country to make it a better place for all and sundry.

Speaking during a visit to the National secretariat of the SDP in Abuja, the Chairman of YDPN, Zekeri Hashim disclosed that the movement was formed with the hope of being registered as a political party but was not registered by the Independent National Electoral Commission (INEC)

According to him, “After the protest we came together and decided to register our voice and we applied to INEC for registration and when we did not get registration, we then decided to look for a platform to get involved in participatory politics.
“When we look at all the political parties we realised that the SDP is the one that has what we needed”

The chairman noted that the group had a database of over three million members, Hashim who insisted that the APC led administration had failed Nigerians said that the country needed young leaders that could transform its potential into success.

Responding, National Chairman of the SDP, Alhaji Shehu Gaban, who accepted the request for the merger
lamented that the weak leadership in the national Assembly was responsible for many shortfalls in the country.
He urged Nigerians to vote competent persons from any part of the country.
According to him, “As you know parties are not easy to build; as you are trying to build others are trying to collapse it. So you have to battle both sides.

“If we must sincerely produce leadership in this country then we must be responsible enough to do that. We must understand the ladders that must be climbed properly, so that you won’t miss your steps and start retrieving everybody.

“Your intention as EndSARS movement was quite good but was later hijacked and it created massive economic havoc for the country. So whatever you are going to do as youths, you have to recruit like minds to succeed. Otherwise infiltration is very easy and that will certainly set your goals backward.

Gaban who urged the youth to collapse their nationwide structure and worldwide networks into those of SDP said the party would give automatic waiver to anyone who wants to contest among them.

According to him, “Let us work together and have a strong believe that we have a nation to build. Our diversity is not for weakness; it’s for growth. So, we need change Nigeria for good.

In his remarks, the National Secretary of the Party, Dr Olu Agunloye who commended the decision of the group to merge with the SDP said ,”the young people are the strength and solution to Nigeria. We are happy that the youths are willing to participate in politics and we are assuming them a level playing field. You will use the social media to mobilise your fellow youths to vote for the right candidate.