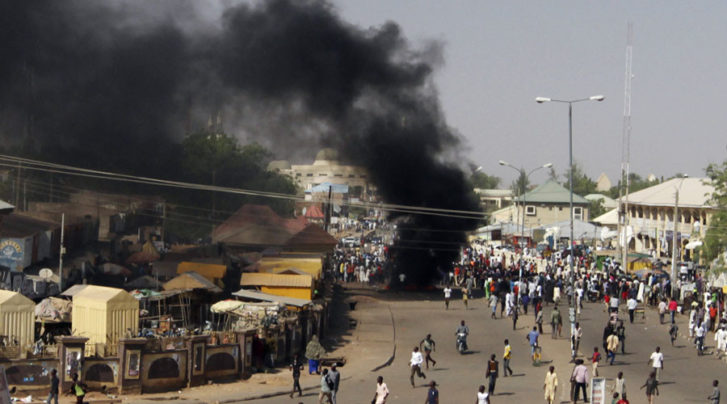 ***says he is coming to secured the state

The renewed violent attacks and induced explosions in some parts of Taraba state that claimed scores of lives and properties has been condemned by a frontline 2023 Governorship aspirant in Taraba state, Senator Anthony Manzo.

Sen Manzo, a chieftain of the All Progressives Congress (APC) in a statement he personally signed and made available to the National Update described the new wave of violence in the State as a sad commentary
He therefore tasked security operatives to double their efforts in order to forestall a repeat occurrence.

The Guber aspirant also enjoined the citizens to cooperate with security operatives by providing credible information to enable them fish out undesirable elements in their midst pointing out that “if citizens cooperate with the security agents, we can fish out the bad eggs living amongst us.

“These criminals live amongst us. The earlier we realize that we are all endangered if we continue to harbour them in our midst and resolve to flush them out, the better and safer for all of us”.

The Governorship hopeful however promised that if given the mandate to lead the state in 2023, he will embark on aggressive job creation that will take the unemployed youths out of the streets.

His economic blue print, he added includes but not limited to mechanized farming( Agriculture) and industrialization.

According to Manzo: ”With our untapped mineral resources and massive arable lands , we can achieve food sufficiency through Agriculture and we can make Taraba state the economic hub of North East and five top economically viable states in Nigeria”.

All these efforts, he said are targeted towards economic prosperity for all and possibly eliminate crimes and all kind of vices . He promised a peaceful and United Taraba state that will be a pride for all citizens.