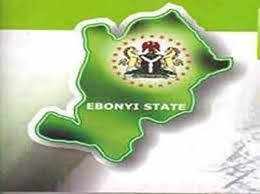 The people of Ezza in Ohaukwu Local Government Area of Ebonyi state under the platform of Ezza Unity Forum (EUF) has condemned and rejected what they described as provocative statement and ethnic profiling of their people by governor Dave Umahi.
The Ezza Unity Forum was reacting to a statement allegedly credited to the Ebonyi state governor where he described Ezza people as “troublesome fighters or war mongers” as down rightly provocative.

“That we view with utmost disappointment and disdain, the comments and allusions allegedly emanating from the Governor and Chief Security Officer of the Ebonyi State, Engr. David Nweze Umahi against prominent Ezza sons concerning the protracted communal crises in Effium, Ohaukwu Local Government Area of the State which has claimed thousands of lives, (particularly of our Ezza indigenes) and caused several property worth huge millions to be severely damaged.

“The remarks allegedly credited to the number one citizen of Ebonyi State that Ezzas are troublesome fighters or war mongers is to say the least benumbing and downrightly provocative. Such ethnic profiling of our people stands rejected and highly condemned!

“It is a verifiable fact that great sons and daughters of Ezza Ezekuna wherever they may be found have been known for peace among their neighbours despite our ancestors being great warriors that fought and reclaimed ordinarily lost territories in ancient pasts. Our ancestors, being very peaceful have often established a covenant and an oath of peace and brotherhood that has always guided their relationship and co-existence with their neighbours even in the case of the troubled Effium.

“Our judgment and understanding of the implications, actions and even inactions of Governor Umahi as exhibited either directly by him or through his surrogates since the war broke out in January 2021 manifestly indicate the desperation of the government to continue to give tacit backing to the oppressors and killers of our people- the Uffiomites so as to use the crisis to launch attacks against anyone who they feel has any interest against that of the State Government be there economic, political or even religious and otherwise.

“This is proven right by the latest disclosure that an Ezza-born business mogul, Chief Chibuike Orogwu, popularly known as Baby Oku is the latest to be roped in as one of “the sponsors of Effium communal war” by Umahi. This is coming days after another Ezza son, writer and critic of the Umahi-led government, Mr. Monday Eze was declared “wanted” by the Governor for an unbiased and truthful expose on the incarceration of yet another Ezza-born Catholic priest, Reverend Father Timothy Ngwuta on trumped up allegations of sponsorship of the carnage in Effium. This is despite the fact that every material evidence points to the fact that the said priest merely embarked on a Corporal work of mercy as empowered by his religious role as a Priest.
“That with the preponderance of arrests, torture, intimidations, hounding and imprisonment of Ezza fathers, sons, mothers and daughters of Ezza indigenes even without concrete evidences against them by the Umahi administration since the communal unrest began over a year ago, the government has obviously declared an unholy and unprovoked “war of attrition” on the entire Ezza Ezekuna clan. Trying to shut down everything and every of our people by roping them into the Effium killings we believe is strongly being backed by the government and it’s agents is totally condemnable and unacceptable and we shall be left with no option than to deploy every lawful, legal and just means to defend and protect our people, their families and businesses from the many onslaughts of Umahi and his agents.”
While declaring that Ezza nation are peace-loving people, the statement said that despite media reports, security intelligence and investigations linking particular local government chairman to the crisis nothing was done to either thoroughly bring him or his group to book.
“The government was used to officially release from prison, 31 Uffiom youths who were dangerously armed and were about to attack an Ezza village in Effium. The government claimed without due investigations and proper cause of actions in line with known and established criminal laws in our land that they, being youngsters, were ‘deceived into carrying arms’ and then unilaterally and unconstitutionally granted them a State pardon through an official Executive Council Memo. What a biased, hateful and hurtful disposition by a government against a people whose only crime is that they are dexterous and survivalists anywhere they find themselves!

“Finally, we wish to call on the Governor to within 48 hours first and foremost apologize to the entire Ezza nation, our dearly beloved brother, Chief Orogwu over the very incendiary remarks and unfounded allegations he levelled against him as one of the “sponsors of Effium killings”, recant his declaration of Mr. Monday Eze as a “wanted person” and order the immediate and unconditional release of arrested Rev. Fr. Timothy Ngwuta from the prison.
“Governor Umahi should know that we are a very peace-loving people. But he must never take our meekness for a weakness!”