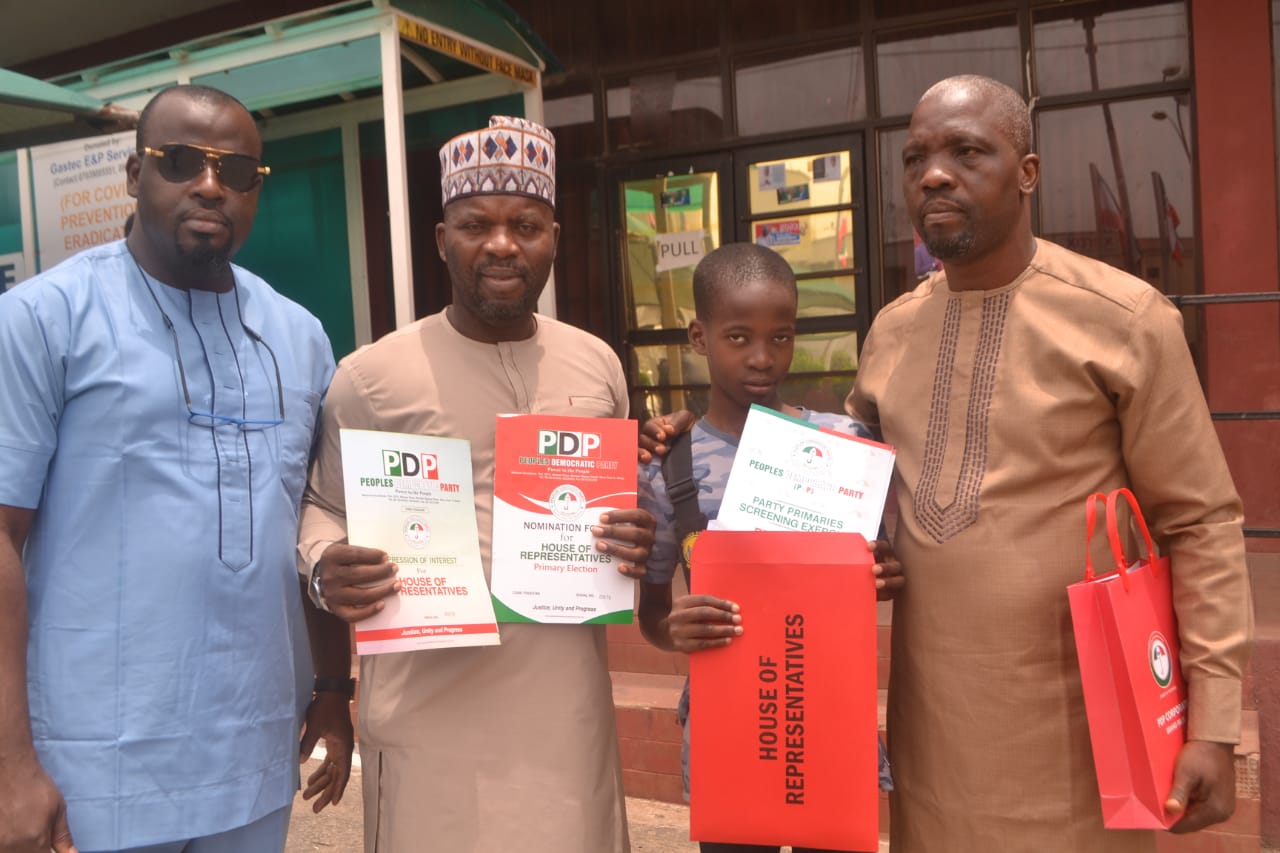 Sikiru who addressed his supporters shortly after picking the forms at the PDP national secretariat in Abuja noted that as a founding member of the PDP, he has consulted widely with positive response from stakeholders of the constituency.

He said based on his experience working with a former reps member Sunday Karimi for eight years as legislative aid and currently with Senator Francis Fadahusi in the national assembly he is eligible and have the capacity to deliver on proper representation if elected.

He urged party faithfuls to give him maximum support to clinch the party’s ticket, saying that he has made a lot of sacrifices and contributed immensely to the development of Yagba federal constituency.

Sikiru who commended the leadership of PDP in Yagba East local government area, urged the party to organize a free and fair primaries. He promised to embark on meaningful project if elected.

“As a one time legislative aide to a federal lawmaker I have the needed requisite understanding of lawmaking, I have the connections, experience and boldness to contest for the state house of representatives.

“After reaching out to our people and with the support I have received it is expedient and instructive for me to officially pick up the expression and nomination form to contest the primary election.

“I am calling on our party faithfuls not to sell their votes because the time to make things right is now.

“My antecedents are visible for everyone to see and I am assuring the people of Yagba federal constituency of good representation.

“I am capable of delivering the needed dividends of democracy to them.

“My greatest desire is to serve my people, I won’t disappoint them if I am given the support to win the party primaries. ” Sikiru said.