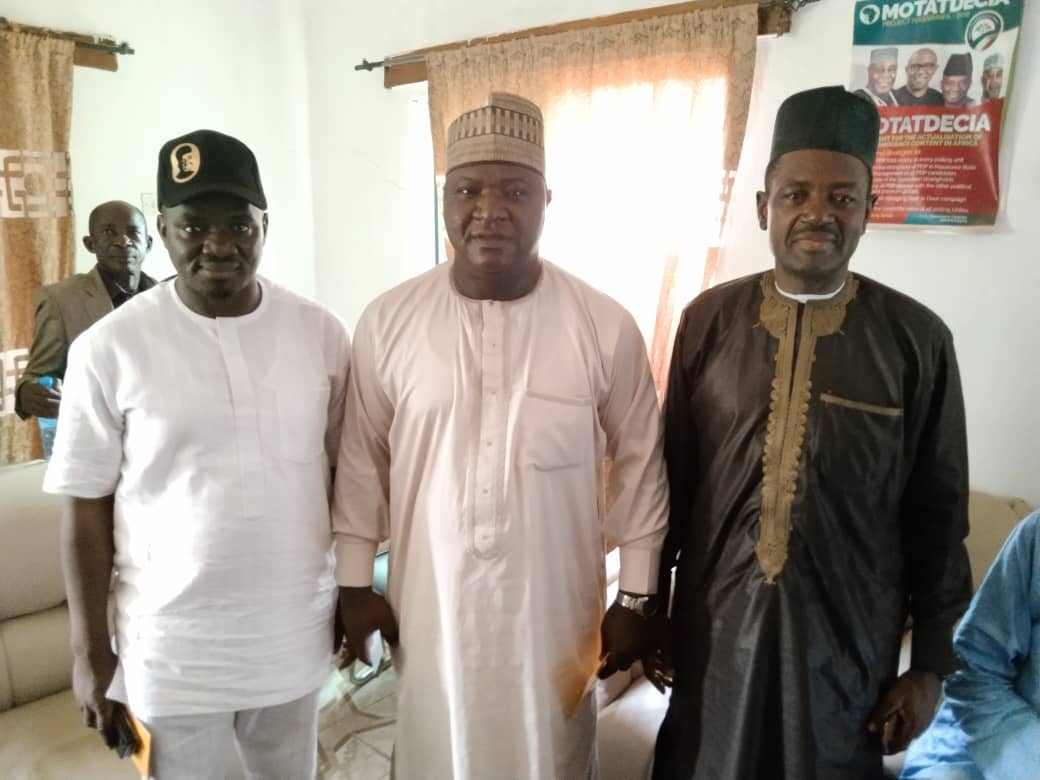 The three governorship aspirants under the Peoples Democratic Party, (PDP) in Nasarawa State have agreed to work in unity for any one of them that emerges as governorship candidate after the party primaries.

The trio of Labaran Maku, David Umbugadu and Nuhu Angbazo all from the northern zone made the declaration at a critical stakeholders meeting on Monday at the PDP state Secretariat in Lafia.

The PDP chairman in the State, Hon Francis Orogu while addressing journalists said the party had identified lack of unity as its major set back in previous elections that gave the opposition APC the upper hand.

“We have decided to close any gap that may stand against our party which is absence of unity among contestants.

“The three contenders in the governorship race are all from the northern senatorial zone and have agreed to work in unity for any candidate that emerges from the party’s primary.

“Once this unity is sustained as agreed by the aspirants, the APC will be sent packing from Shendam road government house”, Orogu stated.

Also in his remarks, Labaran Maku noted that the state had been fragmented along ethnic, religious lines but with the agreement reached amongst the aspirants to work together, victory is certain for the PDP.

Maku described the state as a rainbow state made up of divers tribes that need to unite to bring out the good colors of the rainbow.

Maku called on the people of the state to join forces with the aspirants to bring back the PDP that will guarantee peaceful coexistence and transparent leadership in the state.

On the part of David Umbugadu, he said “the process of internal democracy is good for the party. What we the PDP need is this unity. And we are announcing that Shendam road government house shall be occupied again by the PDP come 2023”.

Nuhu Angbazo commended the leadership of the party for initiating the unity among aspirants.

Angbazo said he strongly believe that if the party would allow internal democracy to take its place, the party will win the forthcoming election.