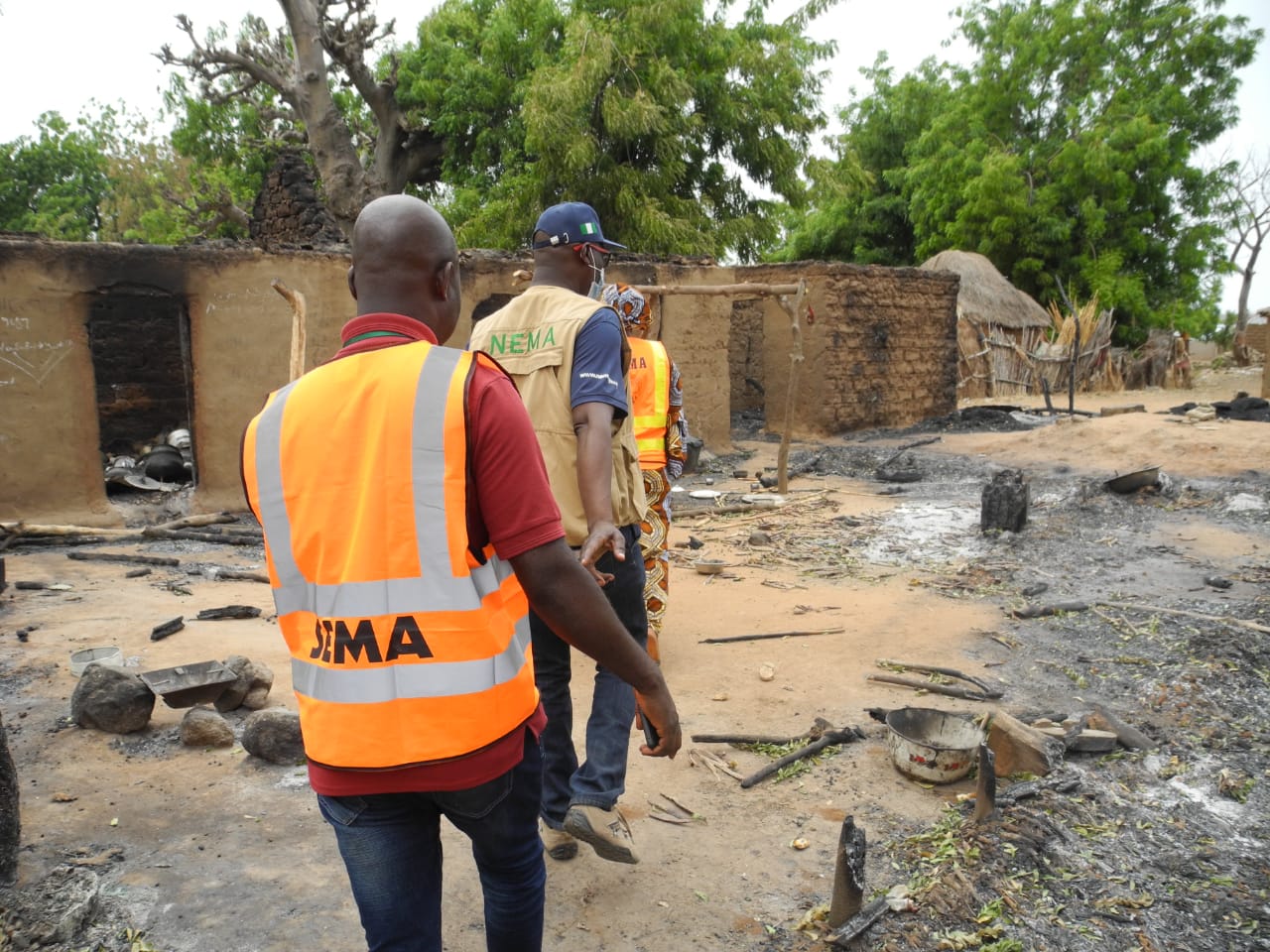 The Federal government says it will start a disaster risk information awareness to inform the public on the consequences of illegal oil bunkering.
This is coming agsinst the backdrop of 110 Nigerians who were burnt beyond recognition at illegal refinery in Imo State recently

According to a statement by special adviser on media the Minister of Humanitarian Affairs, Disaster Management and Social Development Sadiya Umar Farouq made the disclosure when a Federal government delegation visited Imo state to commiserate with the government on the explosion which occurred at Abaezi forest, Ohaji Egbema LGA which occurred on Saturday, 23rd April 2022.

The Minister who was represented by the Director Reliefs and Rehabilitation in the National Emergency Management Agency, NEMA Mr Alhassan Nuhu said that government will implement risk strategies to create awareness on the consequences of illegal crude oil refining amongst the locals.
The minister called on traditional rulers, religious heads and community leaders to advocate against illicit bunkering of oil in their domains.

“Our visit today is to condole with the good people of Imo State and also access the extent of the disaster to ascertain the volume of relief to be provided for the victims for the purpose of assisting them to build back better.

“We shall provide the necessary disaster risk information and assessments as well as implement risk strategies to create awareness on the consequences of illegal crude oil refining to the local communities.

“I implore community leaders, traditional and religious leaders, women and youth groups to join hands with NEMA to serve as watchdogs and continuously advocate the safe use of refinery facilities in their communities, in order to protect lives, property and the environment. It is obvious that disaster risk management is first, a local and collective endeavor before it becomes national.

“We also call on security agencies to collaborate with the regulatory bodies in the oil and gas sector to nip this ugly trend in the bud.
“Based on your respective expertise, we call for collaboration with NEMA as you crack down on illegal refineries and oil bunkering activities, and conduct day-to-day compliance checks for companies operating in the oil sector. This is to ensure that they meet the industry’s health, safety and environment compliance standards”.

Earlier, the state Commissioner for Humanitarian Affairs, Disaster Management and Social Development Dr Princess Rabbi Ibrahim MON thanked the Federal government for sending a delegation to visit the explosion site where scores of lives were lost.

“Most of the people who lost their lives in the explosion were farmers and hunters who were going about their normal businesses. It will be wrong to assume that all who died were illegal oil miners. However, NEMA has done their assessment of the incident and the visit by the Federal government delegation gives the people of Imo state a sense of belonging”.

Others members of the Federal government’s delegation include the Director of Search and Rescue, Air Commodore Edward Kolawole Adedokun, the Deputy Director Humanitarian Affairs in the Ministry Dr Abubakar Suleiman, officials of NEMA and the Ministry.