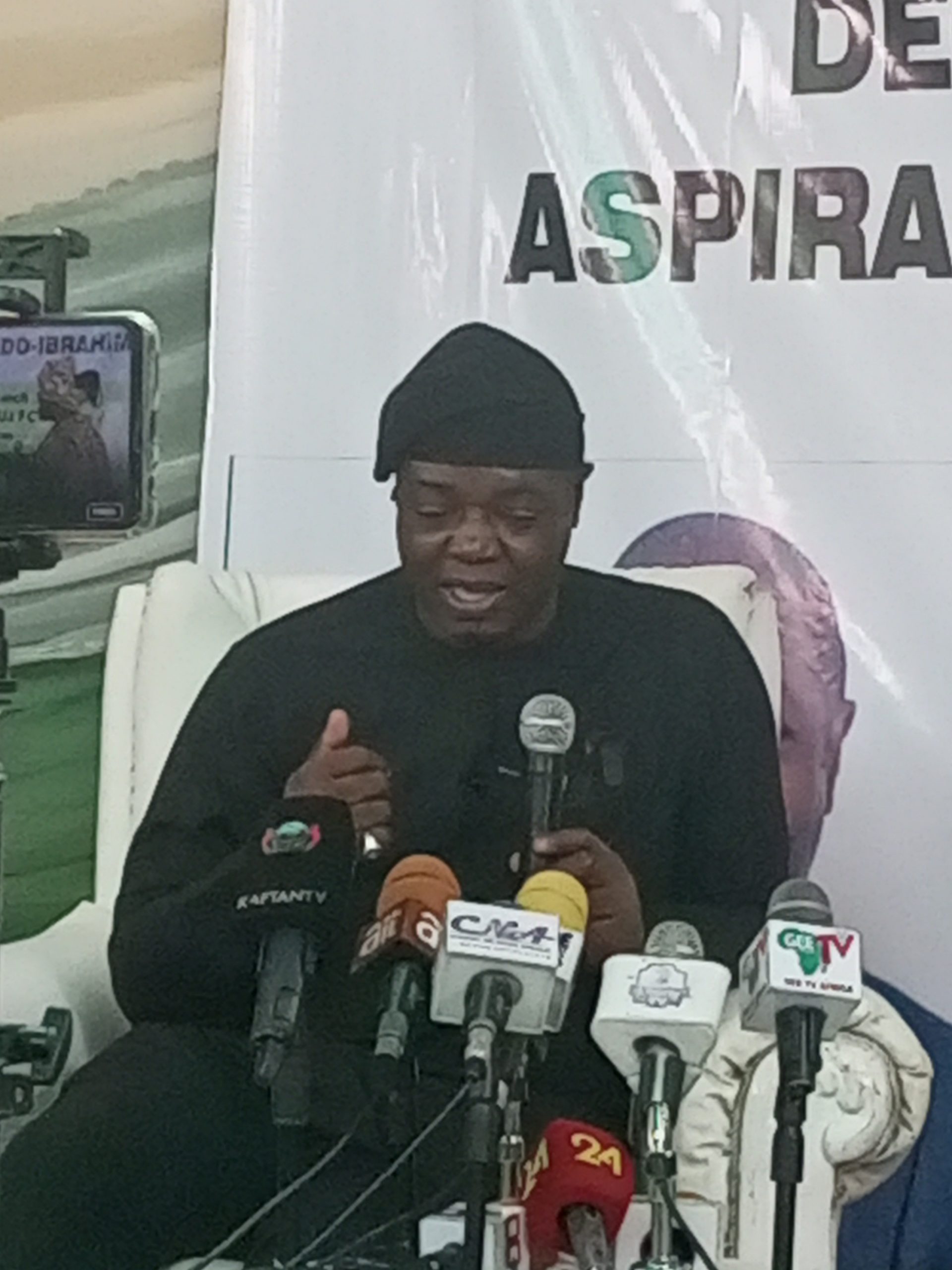 Presidential Aspirant on the platform of the Young Progressives Party (YPP) Prince Malik Ado-Ibrahim has  asked Nigerians not to make the mistake of voting for the party that has brought so much hardship on them in 2023.

The aspirant spoke on Thursday at the NUJ press Center at an event organised by the FCT council, ‘The Exposure: Deconstructing  the Aspirant – Malik Ado-Ibrahim.

He said, “If Nigerians go out to vote the party that has failed them previously in 2023 it means they are dumb.”

According to him, Nigerians cannot afford to go down the same road of insecurity, hunger and deprivation, lack of healthcare and education for their children

However he said after all that they have passed through if they still decide to go to the same source then they don’t deserve to be called Nigerians.

“What we need now is somebody who is visionary not a party, not a symbol. I did not come here with an umbrella or a broomstick. I came here with a cerebral mind.

“I have things I can do with my life, I have a fantastic company, I have a loving family, I do not want to be dissected because I want to raise myself, I am raised, I am a proud Nigerian.

“Nigeria is my problem, it is your problem. It is every single one of us standing up, it is not the party, the party can hang up.

“If you keep going by party structures then you may have structures you fail yourself.

He said he is contented with what he has achieved however he loves the country and wants to contribute his quota.

Reacting to a poser on whether he would have the courage to face his Governor to tell him he is contesting against him in 2023, going by the Governor’s closeness to his father the Ohinoyi of Ebira land, he said the constitution of the Federal Republic of Nigeria allows for anybody, Male, female, Christian, Muslim to run for the position of the president of the Federal Republic of Nigeria.
“My father is the King, not a king to some, he visits the church, he visits the mosque, Yahaya Bello is his subject, my father is a friend to all. I am not my father, I came into this race because I believe I have something to offer.
He asked Nigerians to look in to the minds and heart of people who they want to lead them
“Your president is a reflection of your country and I challenge every one of you to deny that fact. If you have a bigot, a racist in your country and your name is Trump that is exactly what you get.
“If you have a bigot, a man who doesn’t believe in COVID, who talks to people anyhow and pretends that he is something and is bigger than everybody and his name is Boris Johnson, you get failure because you have a country that has dissociated itself because of one man’s decision to take a country out of one of the most exciting unions in the world.
“You get a young man like Macron who is leading his nation, you get a comedian that everybody makes fun of that is fighting and doing harm to a nuclear nation
“They came out and they led their countries whether you don’t like Trump or Boris Johnson they came out. Macron did not have a party, he formed the party while on his presidential bid, they looked at the man and not the party.

Hence forth he said Nigerians should ask what aspirants have done before.

“If you cannot answer that question directly then answer the second question what would you do? Because that what will you do is either going to take you to the grave or into greatness and the visionary says what he is going to do.

“YPP may be a small party but I am not asking people to vote for YPP, they are asking you to vote for the person they brought into their platform for Nigeria to choose. Judge me by what you think I can do

“I really wish Nigerians can look at the heart, the souls and minds before choosing the next leader of the Federal Republic of Nigeria and look at what he is willing to do, how much energy he is bringing, we don:t want failed leaders we don’t want people who we are seeing depart every five minutes .

“I want you to find a president that will roll off his sleeves and fight for you, fight for governance. We have lost so much because we have taken mediocrity as our part.
He said he has nothing against Kogi State Governor, Yahaya Bello

“I don’t have anything against him but I don’t see him as my standard, he is a local spotlight and I am an international spotlight. I do not fear any man I came from God and I will go back to God.
“What Nigeria needs is people with vision, what has he done, any single one of them what have they done. When God gives you the grace and you become President, you are incumbent on your people and yourself to show greatness in that State.
“I can tell you my state is poor. I am not there to fight him at that level, I am not going to criticize him if they vote and make mistake to make him president that is their own.
“So we must be very careful about whom we bring to power.”