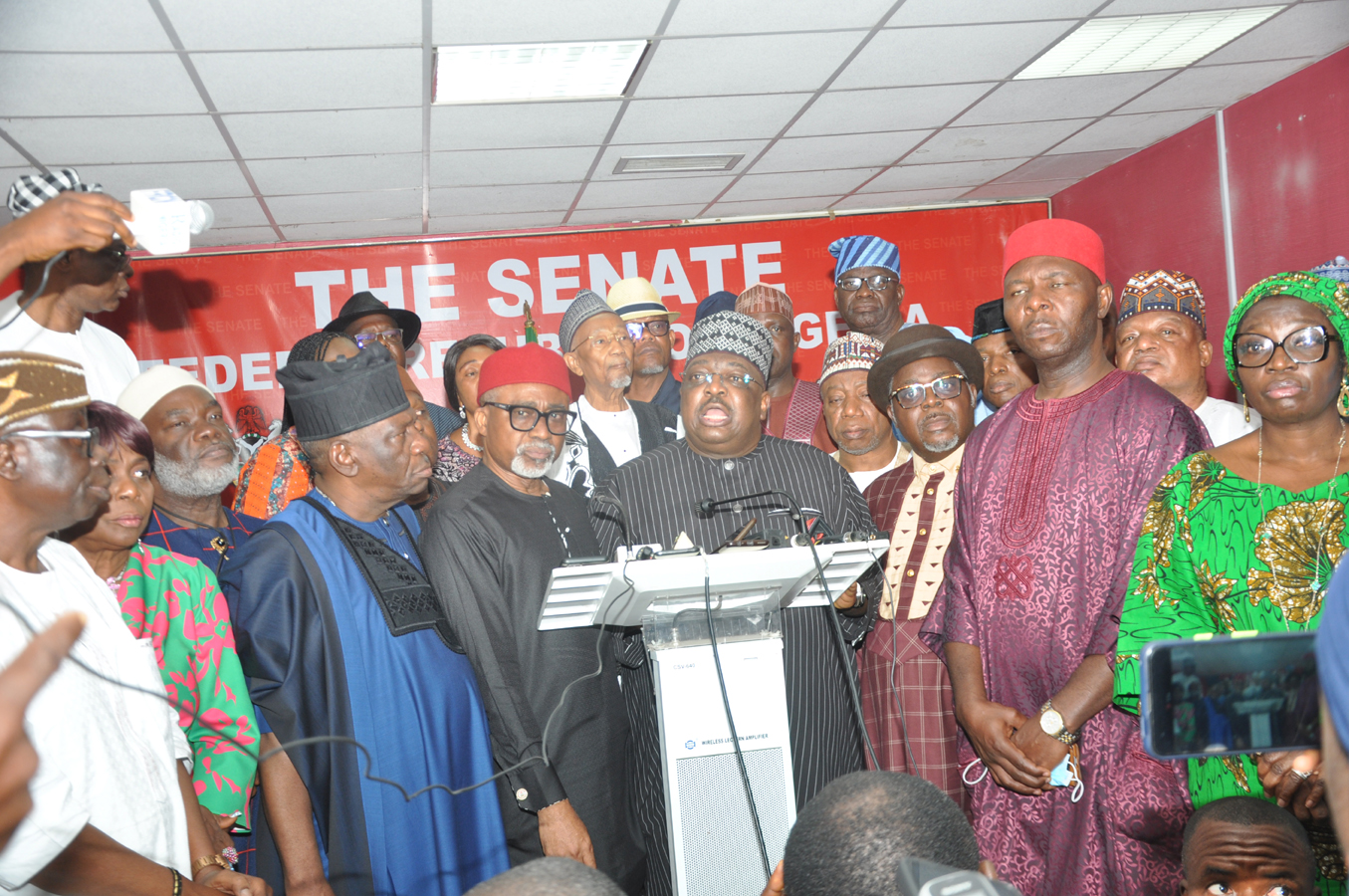 They had attempted to raise the motion to that effect on the Senate floor but were turned down by Senate President Ahmed Lawan.

The senate was unusually silent on Tuesday when it kept mum on the issue
Amid glaring danger lurking in the Federal Capital Territory (FCT), and the recent threats by terrorists to abduct President Muhammadu Buhari, Kaduna State Governor, Nasir el-Rufai and lawmakers in the country.

Led by Senate minority leader, Philip Aduda, the
Senators staged a walk out from the chambers to address the newsmen as they chanted ‘All We are saying Buhari must go’

The senate Minority leader while addressing newsmen said, they went into a closed door session, where they deliberated on various various security issues. “We also took into cognizance that the senate at various fora, at various times and various meetings within which we recommended to Government, various steps have been suggested aimed at cubbing this issue of insecurity but we have realised that even Abuja is no more safe.
“So at the closed session we agreed that we will give the President an ultimatum failing for which we will move to give an impeachment notice.
“This was our agreement at the executive session but when we came out the senate President refused to inform the public of our resolution. “Since that didn’t happen, we have come here in protest to let Nigerians Know that we are with them.
“That we are worried so we staged a walk out from the chambers to register that the security in Nigeria is out of hand and urgent steps need to be taken so that the issues are addressed immediately.
“We have come here to say that we have passed so many resolutions on security, we have given all the support and all the enabling appropriation that they need”
Prominent senators who joined the protest include senator Muhammed Bulkachuwa, Senator Ibrahim Shekarau, Buhari’s senator Ahmmad Babba Kaita

On whether the six weeks is too long, they said they have to start from somewhere