FG doles out $25,000 to Team Nigeria Medalists, coaches in Birmingham 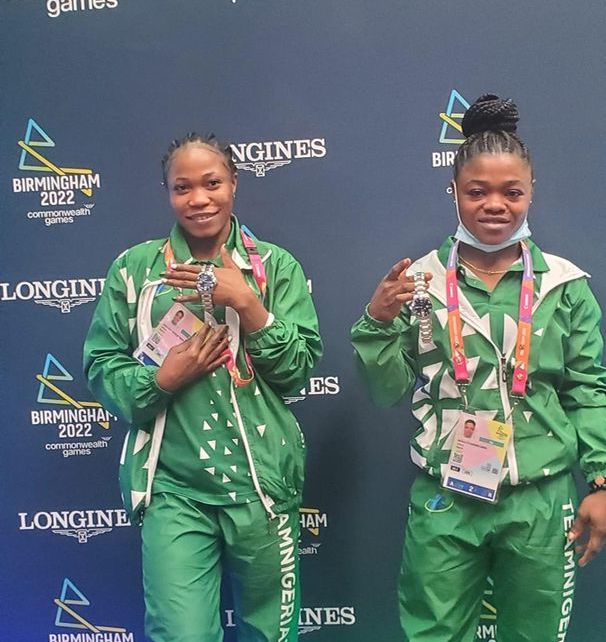 The Federal Government has $25,000 cash as rewarded to Team Nigeria Athletes who won medals at the ongoing Commonwealth Games in Birmingham as well as their coaches.

In a statement issued by director of press and public relations, Mohammed Manga it quoted the Minister of Youth and Sports Development, Mr Sunday Dare while making the presentation to the Athletes and Coaches at Hilton Garden, Birmingham yesterday, to have stated that the reward was one of the proactive measures put in place by the Ministry and President Muhammadu Buhari’s Administration in particular, to boost their morale.

Represented by the Director, Federations, Elites and Athletes Department of the Ministry (FEAD) and Chef De Mission, Dr Simon Ebhojiaye, Dare said that the athletes and coaches were being rewarded for bringing glory to their fatherland.

He gave the assurance that the government will continue with its commitment to the development of sports in Nigeria.

This he said, was one of the reasons for the establishment of Parasports Department in the Ministry to further provide an opportunity for people with disabilities to also strive and excel in the field of sports.

The Minister expressed optimism that with the calibre of Athletes, Coaches, Officials and Technical crew Nigeria is having in Birmingham and their level of commitment and patriotism, the country is no doubt set to record more podium performances at the games.

He urged them to remain focused, determined and more committed so as to ensure that Nigeria remains among the topmost countries in the committee of sports.

Speaking earlier, the 59kg Women’s Weightlifting Gold medalist, Folashade Lawal, on behalf of the medalists and coaches expressed their appreciation that government is now being proactive, assuring that the reward will spur the athletes into winning more medals for the country.

She attributed the successes recorded so far to the glory of God, team work, discipline, hard work as well as government support to sports development in the country.

At the ceremony, the gold medal winners, Adijat Adenike
Olarinoye and Rafiatu Folashade Lawal, received $5,000 each, silver medalist, Taiwo Laidi got $3,000; bronze medallists Edidiong Joseph Umaofia and Islamiyat Yusuf got $2,000 while their coaches were also given $3,000 respectively.