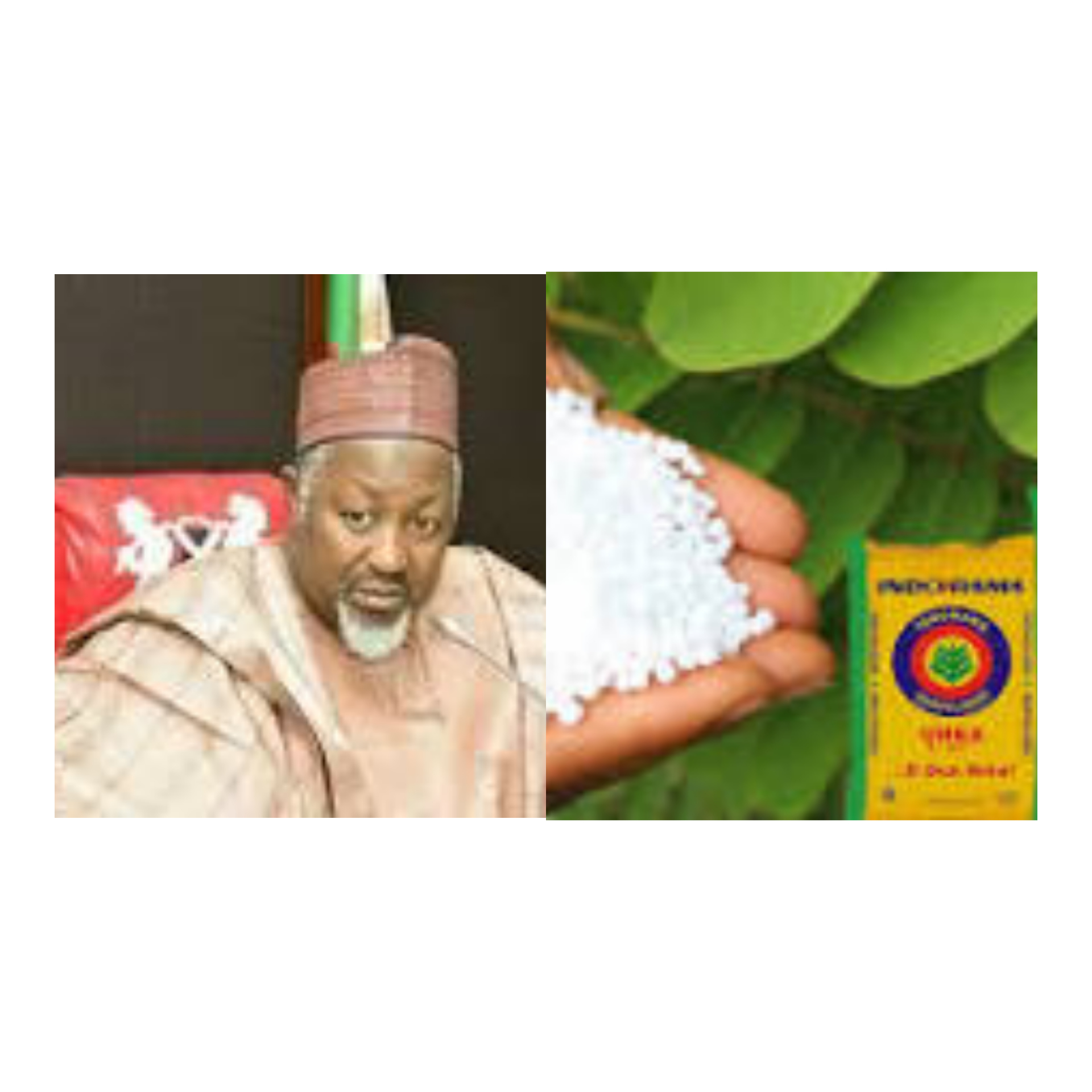 The Chairman Presidential Committee on Fertilizer Intiative and Jigawa state governor, Alhaji Muhammadu Badaru Abubakar has accused the chief of staff to the president, Professor Ibrahim Gambari as the brain behind the scarcity and high-cost of fertilizer at this farming season in Nigeria.
The governor was reacting to the call to president Muhammadu Buhari by farmers to disband the presidential committee on fertilizer initiative over it’s failure to deliver their mandate
This came after Farmers Association and Northwest Inputs Agro Dealers Association of Nigeria (NIADAN) earlier raised the alarm over non availability of the commodity that is produced in the country and shipped abroad while they farmers languish
The Governor said,
“I am not aware of what is happening now in the committee as I was not called for its meeting or participate in any of its operation in the last two years.

Governor Badaru who exonorated himself from the failure of the committee insisted that, when he was active in the committee, the success achieved was unprecedented every farmer in Nigerian witnessed it

The chairman who insisted that, no letter of disengagement was given to him maintained that only the Chief of Staff of Staff to the President Professor Ibrahim Gambari can give account or answer any question related to the committee activities in the last two years.

They had called on president Muhammad. Buhari to dissolved the Presidential Committee on Fertilizer as it had failed to deliver its mandate of making the commodity available and affordable to the country’s farmers.

The two associations also called on the president to order a thorough investigation of the alleged malpractices in the operations of the committee that allowed the fertilizer blending factories to export the commodity to foreign countries at the detriment of the citizens after the federal government subsidized their production costs.

The chairman of NiADAN Jigawa state chapter, Alhaji Yusuf Baba Muhammad who spoke in a joint press briefing by the two association held in Dutse, lamented the alleged scandal of a situation whereby the factories withhold their deposits for products and were exporting to other countries

The group berated the presidential committee on Fertilizer for folding its arms allowing the Fertilizer blending companies to continue exporting the commodities to foreign countries for making more profits at the detriment of Nigerian farmers and National food security project.

According to the group the major Fertilizer blending companies appeared to be subbotaging presidential policy on agriculture by refusing to deliver their products to the local dealers who deposited their money with the companies some for over a year with out the supply.

He also accused the Presidential Committee on Fertilizer for failing president Buhari and the nation over the mandate given to them as he appealed for the replacement of the committee with competent hands as matter of emergency before food scarcity and hunger set in.