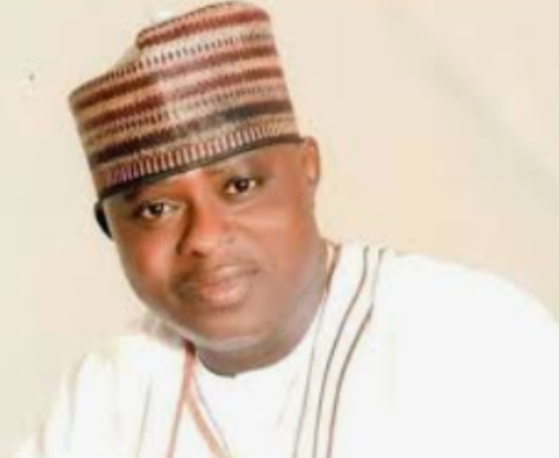 Senator representing Nasarawa North at the National Assembly Godiya Akwashiki has debunked reports making the rounds that he has bribed the Nasarawa State Chairman of Young Progressives Party (YPP), Mr Bishop Mathew Namo with N3.5million to substitute John Mark with INEC for Andrew Grace Tuga for Akwanga/Nassarawa Eggon/Wamba Federal Constituency in the 2023 general elections.
Akwashiki told the embattled YPP Reps Candidate for Nasarawa North who granted the interview to withdraw the allegation or face legal action.

The senator, who is the Chairman, Senate Committee on Employment, Labour and Productivity cleared the air while briefing newsmen in Abuja.

Akwashiki urged the public to disregard the report in its entirety, saying that it is the handiwork of mischief makers bent on causing confusion and disunity among the people of his senatorial district.

The senator, urged John Mark, who granted the interview to the Nasarawa Mirror to apologize and withdraw his statement within one week or face legal action.

“To put the record straight, I am not a member of YPP, I have no any business with YPP as a political party not to talk of its candidate.

“This is the handiwork of mischief makers, who are bent in causing confusion and disunity over my growing popularity.

“I want to urge my teeming supporters and the general public to disregard the report in its totality as it is a fake news” he said.

Akwashiki said that he would not be deterred by activities of mischief makers while pledging to continue to provide good and purposeful representation for his constituents and Nigerians.

“I will continue to represent my people well beyond 2023, if given another mandate.

“The people of Nasarawa North are all aware of what I have done and still doing in the area of health, education, roads, electricity, agriculture, employment and empowerment among others.

“I will sustain my good work at the National Assembly in order to continue to change the lives of my people beyond 2023 positively ” he added.

The Senator solicited for continued support from all and sundry to enable him succeed.