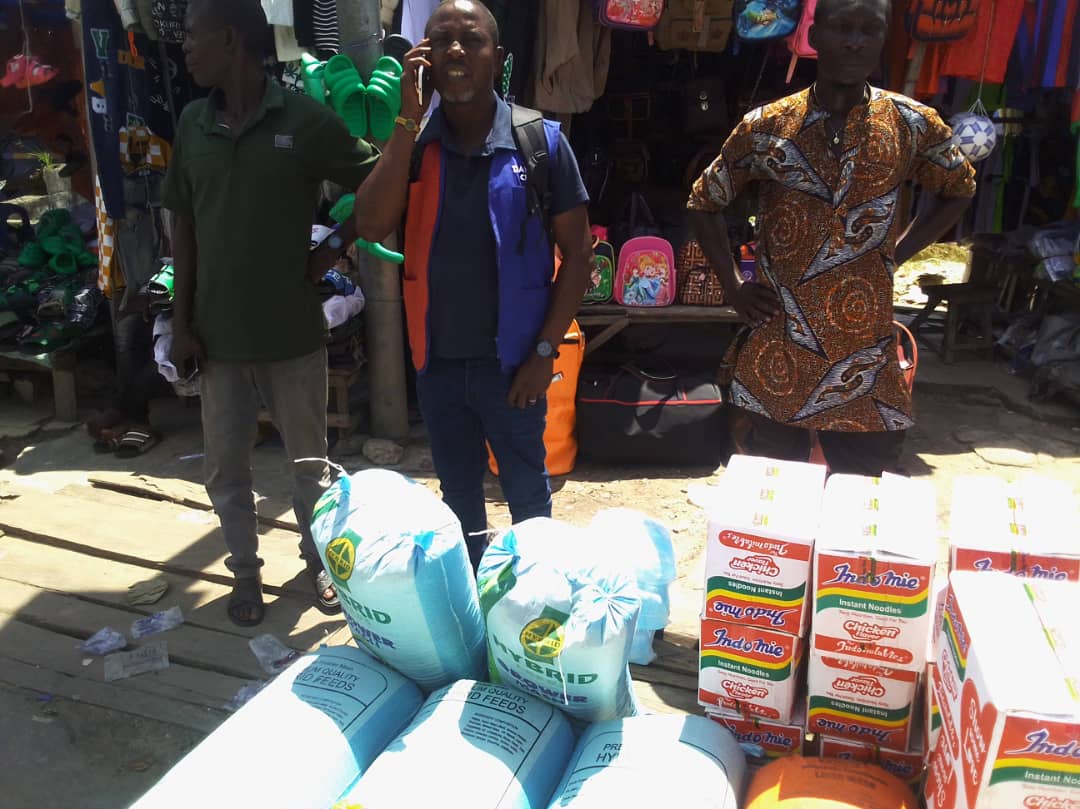 There was jubilation in the seven local governments in Bayelsa state affected by the current flood as former Nigerian Ambassador to the Scandinavian countries His Excellency, Dr Godknows Boladei Igali, donated a number of food items to flood victims in the state.

Igali who is also the current Pro-Chancellor and Chairman, Governing Council of the Federal University of Technology, Akure ( FUTA) expressed sadness over the effects of devastation caused by flood in his home state Bayelsa and 32 other states of the country

Igali, himself a victim of the flood which covered the ground floor of his mansion in the village and forced him to shift burial date of his late his mother fanny from the earlier scheduled date of 3rd-4th November, 2022 described the disaster as worst in the recent time.

In reaching out to other victims of the flood in the state, Igali said he was moved to come to the aid of the poor and downtrodden in the communities, many of whom had their homes, livelihoods and loved ones destroyed by the flood. The food items donated include Rice, Garri, beans and noodles.

The former federal permanent secretary also used the opportunity to thank the Governor of Bayelsa State his Excellency, Senator Douye Diri for releasing funds and providing IDP camps for flood victims in the State.

He also thanked other individuals for supporting the state and called on the International Community, the Federal Government, and donor agencies for more assistance in providing succor to flood victims in Bayelsa State

Igali was appointed by late President Umaru Musa Yar’Adua in September 2007 as an ambassador to theScandinavian countries – Sweden, Denmark and Norway, a position he occupied until he was appointed a Federal Permanent Secretary at the Ministry of Water Resources on 4 May 2010
During his tenure as a Permanent Secretary in the Ministry of Water Resources, he undertook the most comprehensive water sector reform policy including the introduction of Public Private Partnership (PPP) in water supply which has become a reference point in the Nigeria water sector today.

This recent distribution of relief materials is not the first time he would openly identify with his kiths and kin in Bayelsa and other ijaw speaking states as he has been actively involved in the issues of the Niger Delta.

For instance, former president Olusegun Obasanjo appointed him as a special assistant on special duties and honorary adviser and peace envoy to the Niger Delta at the peak of the militancy crisis. During this period, Igali was placed in charge of negotiations with various militant camps following the emergence of the Movement for the Emancipation of the Niger Delta, MEND. Through his engagement with the militants and other stakeholders, the Nigerian General Election of 2007 was able to hold in spite of several threats and tens of kidnapped expatriates were released in the Niger Delta.

Igali remains engaged in Niger Delta issues as one of the leaders of the Pan-Niger Delta Forum which helped to facilitate dialogue between the Federal Government and the Niger Delta Avengers – a resurgent militant group that had grounded Nigeria’s Oil production to 900,000 barrels per day from the budgeted 2.3 million barrels per day. He was appointed by the former Bayelsa State Governor Seriake Dickson as a member of the Bayelsa Business Council.