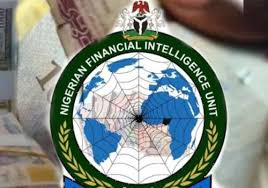 Elder Shaibu made the call on Friday in Lokoja in his presentation at a management seminar talk on Local Government Financial Autonomy and the predicament of lawyers and judges in accepting relevant cases of national interests.

In the paper titled, “Local Government Autonomy As Relates to The Enforcement Of The Provisions of Section 162 (6i, (7) 8 (8) of the 1999 Constitution As Amended.”

The Management expert x-rayed issues on the NFIU Enforcement and Crime Vulnerabilities on Local Governments’ Financial Autonomy” ought to have taken effect from June 1, 2019.

The Managing Director and Chief Executive Officer of Emmog Universal Enterprises said the regulation sought to ensure that funds meant for the Local Governments were paid directly to them.

He said that the 36 state governors in the country and the Nigerian Governors’ Forum (NGF) however instituted a suit challenging the NFIU Regulation at Abuja Federal High Court.

The plaintiffs, he said, had on May 27, 2019, prior to the date of commencement of the regulation, instituted the suit marked: FHC/ABJ/CS/593/2019, seeking an order of the Court to invalidate the regulations as being “unconstitutional, null and void.”

He further explained that the Attorney General of the Federation (AGF), Abubakar Malami (SAN) however described the Governors’ opposition as a breach of the provisions of the Nigerian Constitution.

“He described the Governors’opposition to the NFIU Regulation as a promotion of illegally and urged the court, presided over by Justice Inyang Ekwo, to dismiss the suit.

Shaibu said that Justice Inyang Ekwo delivered judgement in the suit on Monday, May 23 in favour of the Federal Government and NFIU.

He added that the Court granted the Local Councils unfettered access to their statutory allocations from the Federation Account without undue influence and interferences from state governors.

Shaibu said that the bill altered the 1999 constitution of the Federal Republic of Nigeria as amended and abolished the Joint Account of the State and Local Governments.

“It also seeks to create different accounts for Local Governments where they are expected to receive their allocations from the Federation Account”, he said.

The Management Consultant and Author, therefore, urged all stakeholders to ensure that henceforth, funds from the Federal Account go directly into every Local Government and LG councils’ accounts to enable needed development at local levels. (Ends)