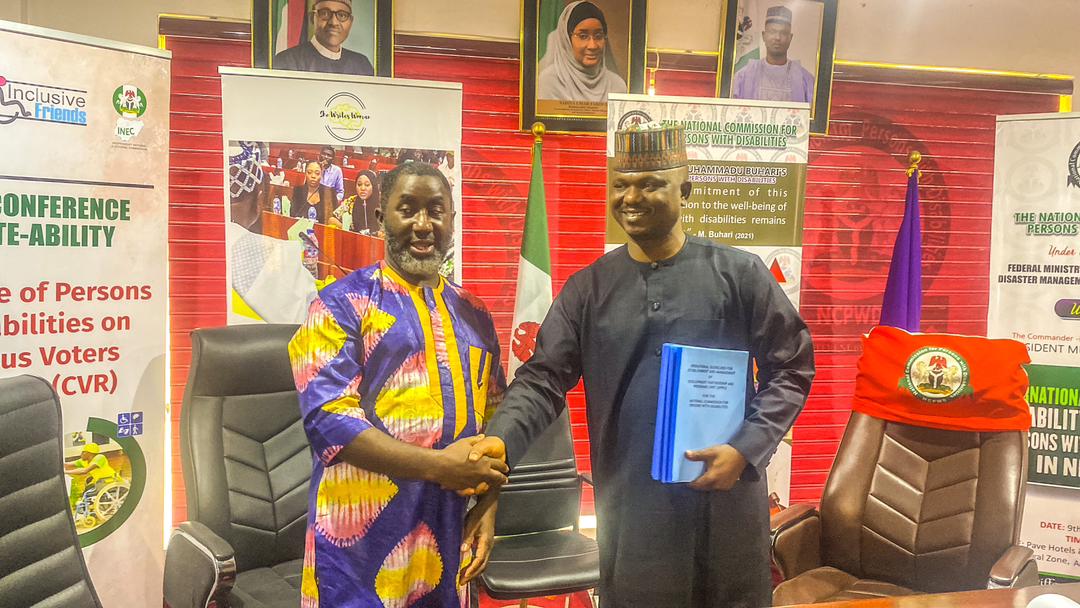 The document he said,was drafted by a Technical Working Group which is composed of some members of NCPWD Management team and who were inaugurated in July, 2022.

Speaking at the event, Lalu thanked the TWG led by the Technical Assistant to World Bank attached to the Commission, Dr. Adebukola Adebayo for giving the task of drafting the Policy Documents their best and “for coming up with a draft that can stand the test of time”

The Executive Secretary further expressed his gratitude and his awareness of the fact that the first Draft of the Documents was reviewed by the TWG with various individual members’ imputes followed by the harmonization and production of the final Draft copy by the Development Partnership and Programs Unit (DPPU) of the Commission, guided by the Head of the Unit, Mrs Adenike Akinbola.

“We will recede to Porthacourt soon for the claus
done by the Board Members of the Commission at the extraordinary meeting of the Council” he disclosed.