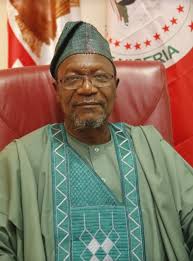 The Proceeds of Crime (Recovery and Management) Bill, 2022, passed by the senate last week is being considered for a re-amendment as the upper legislative chamber indicated on Tuesday.

The consideration of a motion for re-commital sponsored by the Senate Leader, Yahaya Abdullahi (Kebbi North) prompted the decision to re-amend the bill.
The senate lader relied on Orders 1(b) and 52(6) of the Senate Standing Orders 2022 (as amended) to move for the amendment of the bill

He explained that the re-amendment of the bill became expedient following the amendment that was made to Clause 74 which placed the Burden of proof on the investigating Agencies but not on the Defendant as recommended by the Joint Committee in its report.
According to him, the amendment runs contrary to the provision of Article 12(7) of the United Nations Convention against Transnational Organized Crime (UNTOC).

Article 12(7) of the United Nations Convention against Transnational Organised Crime provides that, “States Parties may consider the possibility of requiring that an offender demonstrate the lawful origin of alleged proceeds of crime or other property liable to confiscation.”

On the need to amend the Clause 74 of the bill, Abdullahi said, “the implication of the amendment is that civil forfeitures would be a thing of the past in Nigeria as there would not be final forfeitures without a conviction.

“Implying that all property seized are included in the clause, even those that may be incidental to an arrest and may contain evidence needed for investigation of the crime.”

“For example, phones, computers, documents, photographs etc recovered from suspected kidnappers, drug barons, human and child traffickers, cyber criminals, terrorists and the like would also wait for convictions before they can be seized, even in situations where the suspects are at large and the properties can be recovered for the benefit of the victim and Nigerians where applicable.

“Another example of a conundrum, is the “Ikoyi Loot” case, where no one has yet come to claim ownership of the funds and since there are no suspects to convict, the status of the funds would by virtue of this amendment remain in perpetual limbo, pending trial and conviction when the owner can be found if ever.

“The amendment also runs contrary to our International commitments, obligations and best practices as contained in those Conventions, Treaties and Protocols to which we are signatories and have as well domesticated”, the Senate Leader added.

Accordingly, the chamber in a resolution rescinded its decision on Clause 74 of the bill as passed.

The Senate, thereafter, recommitted the bill to the committees on Judiciary, Human Rights and Legal Matters; and Anti-Corruption and Financial Crimes to engage the relevant agencies with a view to exploring safeguard against abuse.

The Proceeds of Crime Bill seeks to provide for the restraint, seizure, confiscation and forfeiture of properties derived from unlawful activities.