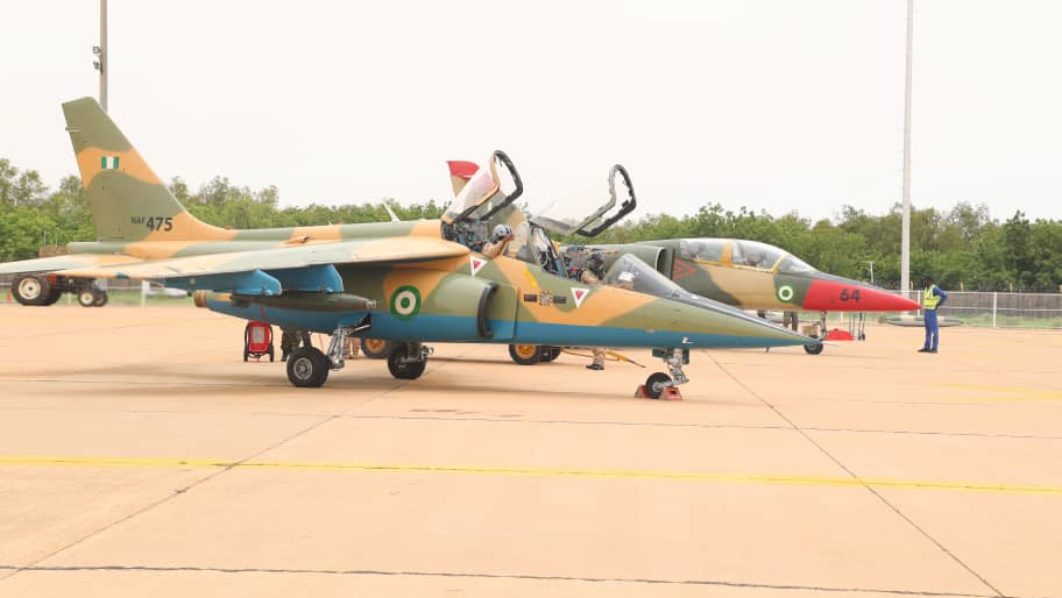 The Nigerian Air Force Jet has crashed in Kaduna State killing the two occupants
The deceased pilots were said to be on training session at NAF base in Kaduna when the incident happened.

This was happening less than one year after a NAF aircraft crashed in Kaduna.

The incident, which occurred in May 2021, involved a Beechcraft 350, and the aircraft crashed around the Kaduna international airport.

A former Chief of Army Staff, Ibrahim Attahiru and 10 other military officers who were on board when the plane crashed, were killed.

Attahiru was said to be on his way to Kaduna to attend a passing-out parade for army recruits
The latest incident in Kaduna makes it five air crashes involving Nigerian military planes in the last 12 months
Also an air force Alphajet had crashed in Zamfara State last year after an intense fire from bandits. Although, the pilot survived by ejecting from the aircraft.

In April 2021 a Nigerian Air force fighter jet was declared missing and suspected to have crashed. While Boko Haram claimed to have shot it down, the military denied the claim.

Air Force spokesman, Edward Gabkwet, later admitted the crash occurred as the Alpha jet, a light attack aircraft, was returning to base from a mission on the Zamfara-Kaduna border.