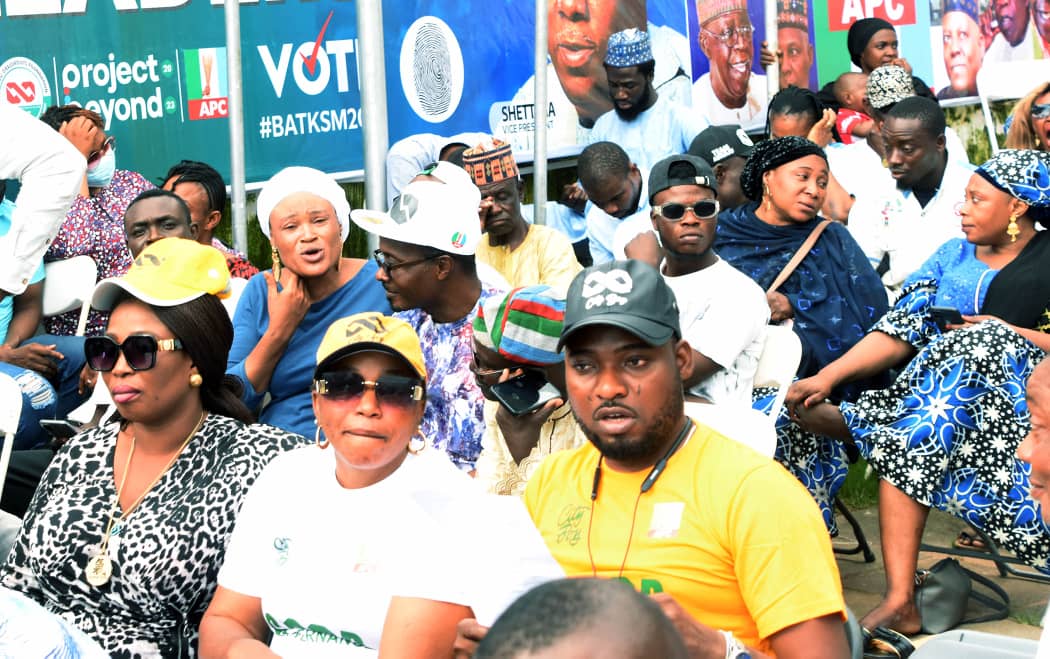 To kick off the Tinubu/Shettima campaign for the 2023 presidential election a group of christians and Muslims under the aegis of Asiwaju Project Beyond 2023 have organised interfaith special prayer programme.

The Director General of Asiwaju Project Beyond 2923, Bar Realwan Okpanachi at the event extolled the qualities of Tnubu that have made him very suitable to be president of Nigeria come 2023.

“Over thirty years ago we spotted in Asiwaju the qualities that have endeared him to Nigerians of today. We saw in him that he is a unifier, intelligent, a smart, humane leader. We saw in him all the leader of this country should have.

“He established structures all-over the country. As Lagos state governor from1999 he appointed people from over the country irrespective of religious or ethnic leaning.
“He is married to a Christian from the Redeemed Christian Church of God, (RCCG) without making any attempt to convert her to Islam.

According to Mr. Okpanachi everything Asiwaju has achieved comes from God and that was why they found it necessary to handover his presidential campaign to God, adding “there is no better way to kick start the campaign”.

Senator Ajayi Boroffice, one of the presidential aspirants who contested for the Presidential ticket of the APC with Tinubu, but stepped down for him, in his remarks was full of hope that Asiwaju will become president in 2023 because “as a former senator, he is a round peg in a round hole”.

“We need somebody who can serve the people of Nigeria and that person is Asiwaju”, he said.

Boroffice said Senator Oluremi Tinubu as a staunch member of Christian Legislators’ Forum in the National Assembly will be a great support to Asiwaju, adding that “Nigerian economy is I trouble and Tinubu can replicate what he did in Lagos for the entire Nigeria.

Danazumi Musa Tafawa Balewa ( National Deputy Chairman, , Council of Ulama of Nigeria) prayed for Tinubu/Shettima victory. “We pray God to give us the best of the best – Tinubu/Shettima”.
“We are told in the Holy Quran that the central mess?±age of Jesus Christ is love and the central message in Islam is peace. We want all Nigerians to embrace these teachings”, the Islamic cleric said.

He then handed over Bola Ahmed Tinubu into the hands of God. He prayed that God will “paralyse the work of the devil, just as he compared Asiwaju with King David in the Bible.